Nearly five years after the iconic Cape Hatteras Lighthouse was first illuminated, another icon of the Outer Banks was first lit on December 1, 1875.

In 1873, Congress appropriated money for construction, and the land was purchased. Construction began with a steam pile-driver in 1874, and by October of 1875 the tower was completed.

The light filled the “only one important break of unlighted coast on the Atlantic” where “many vessels laden with valuable lives and cargoes [had] been lost annually.” Currituck Beach filled the only remaining “dark space” from Maine to Florida at its 1875 lighting. 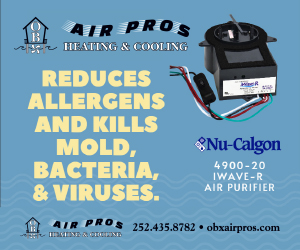 Imagine that first night, on a tiny strip of northern Outer Banks sand, when the last remaining dark space on the East Coast was lit.

It’s December 1, 1875. Work on the keepers’ dwelling is only a few weeks in. We know from the keepers’ journal that the light was first “illumined” on December 1 at 2 p.m. by the district lampist here to see the illumination go smoothly. Jean Funck, the lampist, was the one to first light the oil-burning moderator lamp inside the 1st order, French-made, Sautter-Lemonnier Fresnel lens.

Lard oil was the first fuel used on site and in the four-wick moderator lamp. The lamp used the simplicity of gravity: the lard oil was forced into the burner up a tube by the weight of a heavy piston in the oil reservoir under the lamp.

The first principal keeper, Nathaniel G. Burris, was hired in October 1875 and surely would have been present for the first lighting. Likely his two assistant keepers were also at the top; they had only just been appointed to their positions a week prior.

After climbing the 220 steps to the outdoor, iron-decked gallery, the keepers may have been at the top all day. Or perhaps they’ve spent a week preparing everything for this moment. They walk around the gallery to catch their breaths, watching the ships on the horizon. These vessels, some with sails, some steam and sails, and perhaps some even with more modern engines, are far off, moving slowly along the horizon.

Depending on how cold the afternoon was, perhaps they quickly go back inside and up ten more steps, into the lantern room. After lighting each of the four wicks in the moderator lamp, slowly, they would have descended the ten iron stairs once more. They would then release the cable holding the weight mechanism that gave the red bullseye flash panels rotational movement around the fixed prisms of the Fresnel lens.

Perhaps all three keepers stayed up all night. Or, maybe they split the shift at midnight much like the account we have from a Currituck Beach Lighthouse keeper who described the job in 1928. They might have divided the night into thirds, just as one of the keepers in 1923 reported.

Throughout the night every two and a half to three hours, they would have wound the gear system around a drum that sets in motion the intermittent flash of the light. On December 1, 1875, the sun set at 4:51 p.m. We’re certain it was a dark night, with a waxing crescent moon setting at 7:45 p.m. Imagine – the smell of fresh paint and burning lard oil, the tick tock of the clockwork mechanism, the light burning steady, perhaps the sound of confused birds flying into a new steady beam that first night.

At sunrise, the keeper and his assistants must have been thrilled! Whoever was still standing would have extinguished the flame, drawn off the remaining oil, put on a lens cover, lowered the sunshades and put the watch room back in general order. On that first night 145 years ago, they would have entered every detail of their watch, and swept the stairway – like we still do every day – upon leaving the tower.

Because the Double Keepers’ Quarters would take another six months to fully re-construct (it was pre-fabricated elsewhere), anyone who descended the tower that night likely would have been catching sleep in temporary structures on the LH grounds.

There have been very few nights of the near-53,000 since 1875 that this light has not shone. The Currituck Beach Lighthouse has been an active aid to navigators for 145 years, through changes in lamps and light sources, keepers, inhabitants on site, and even owners of the tower.

Outer Banks Conservationists mission is to protect cultural and historic resources. An overarching goal is to ensure this historic light continues to shine, not only as an aid to navigation, but also to make sure this light shines innumerable 145-year periods more for the enjoyment, wonder, awe, and benefit of future generations. 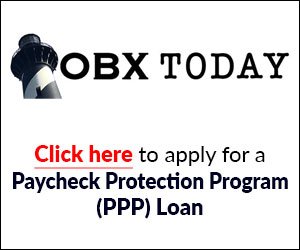