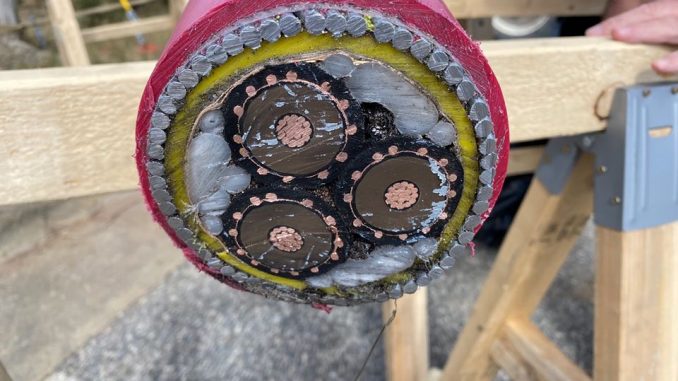 The cable that will extend the submarine power line that runs across Hatteras Inlet to provide electricity and fiber optic communication service to Ocracoke is ready to be spliced into place.

Electrical service will transfer to the generator in Ocracoke village, while telephone and data services, will drop at 11:59 p.m. Tuesday.

Communication services are expected to be restored before 7:00 a.m. Wednesday, according to a news release from Hyde County.

Ocracoke residents are asked to conserve power while the island is running on the generator.

“Tideland EMC is confident that the generator will be able to handle the load for the entire island from late Tuesday night, through all daylight hours Wednesday,” the county said.

The co-op expects the island to return to power supplied by the new cable by early Wednesday evening.

Tideland currently has poles and lines that run south of Ramp 55 in Cape Hatteras National Seashore along what’s known as the Pole Road to connect their delivery point at Cape Hatteras Electric Cooperative’s Hatteras substation to the existing submarine cable to Ocracoke. 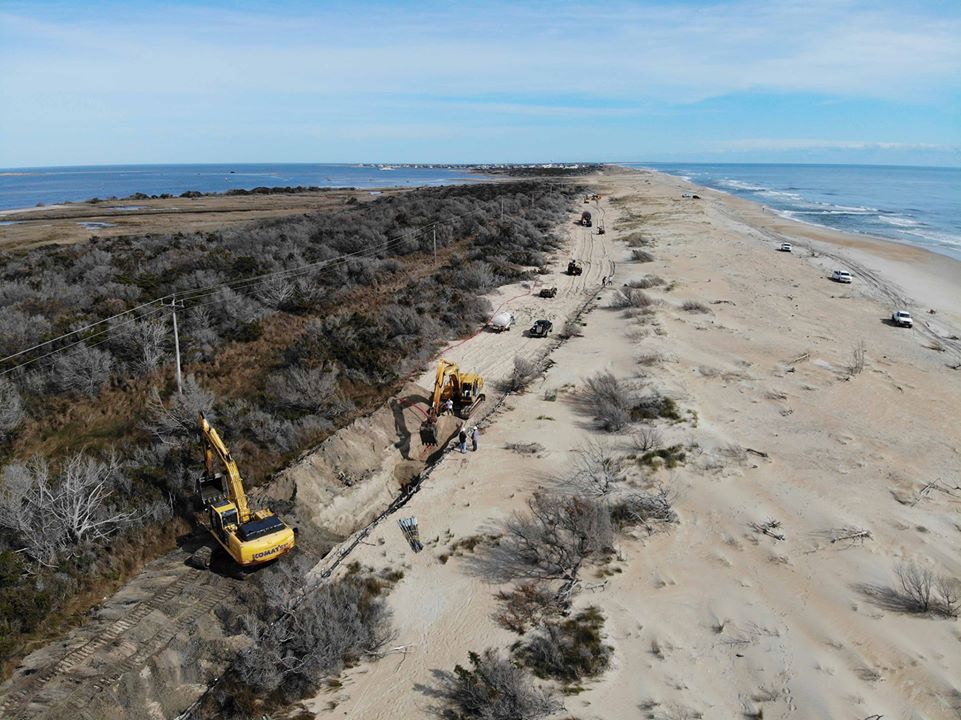 Crews burying the cable along the southern tip of Hatteras Island in winter 2020. [Tideland EMC photo]

Since Hurricane Isabel in 2003, 1.5 miles of the southern tip of Hatteras Island has been eroded by the inlet and Atlantic Ocean. That erosion has increased dramatically since Hurricane Sandy in 2012.

The new cable that has already been buried is being spliced into the existing 20,450 feet of submarine cable that crosses Hatteras Inlet. The connections will be made inside a splice box, which will then be filled with a composite material to guard against water intrusion.