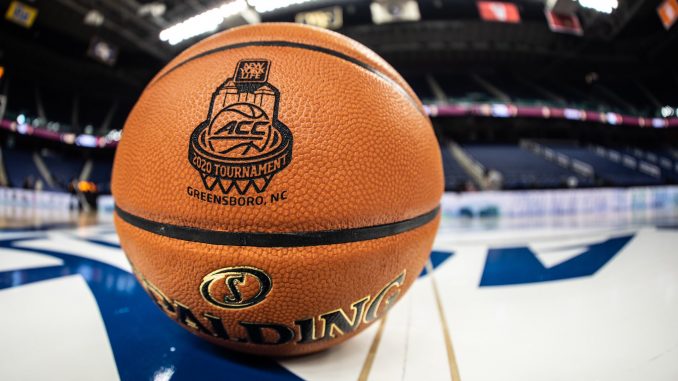 The Atlantic Coast Conference has cancelled the remainder of their men’s basketball tournament in Greensboro, joining other major college sports conferences and sports that have shut down in response to the COVID 19-Coronavirus outbreak.

Florida State and Clemson were warming up for their quarterfinal game at the Greensboro Coliseum when they were pulled off the floor less than 10 minutes before tip-off.

The scene from Greensboro as the #ACCTourney is officially cancelled…

Following a statement from ACC Commissioner John Swofford at mid-court, the Seminoles were declared the 2020 conference champions based on their regular season finish atop the league standings.

FSU will receive the conference’s automatic bid, if the NCAA Tournament takes place.

The American Athletic Conference also cancelled its tournament in Frisco, Texas, where East Carolina was set to play Memphis.

The Big 10, Big 12, SEC and PAC 12 tournaments were called off, some just moments before they were to begin games on Thursday.

But only a limited number of family members and school officials will be allowed to attend the games on Saturday.