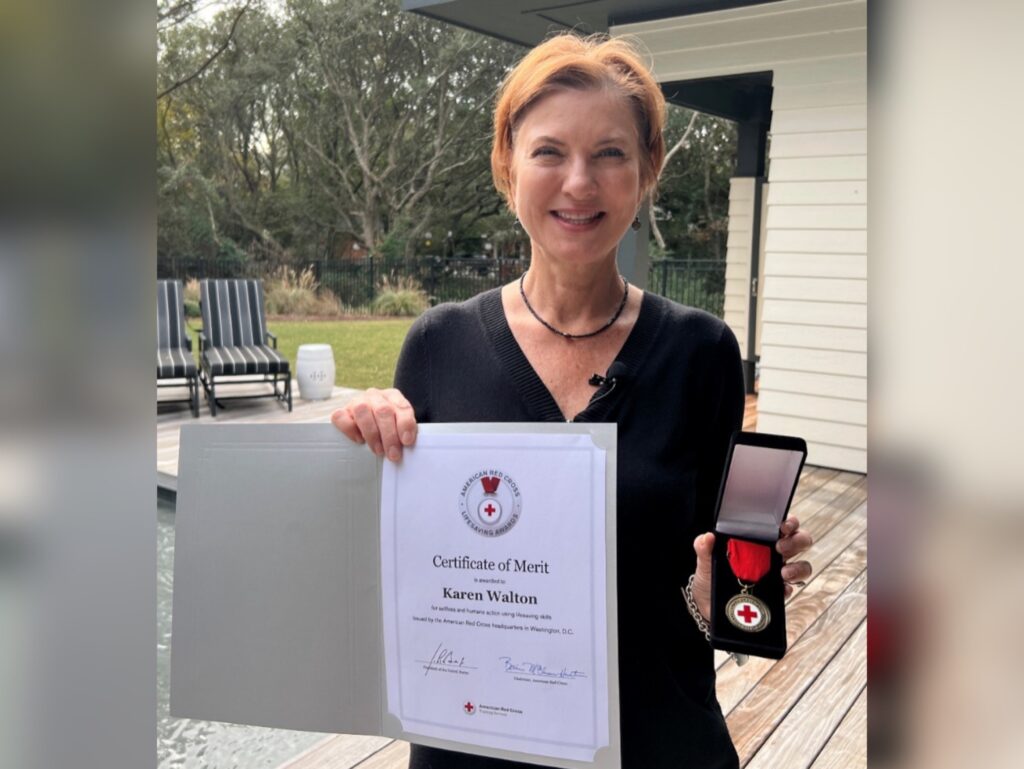 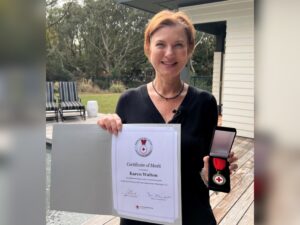 No one expects emergencies to occur, let alone take place during a family celebration. However, in one short moment, the unexpected can happen.

In March 2022, Karen Walton   was participating in a special birthday dinner with family and friends when she saw one of her family members in distress, wheezing at the dinner table. Trained in American Red Cross First Aid/CPR/AED, she quickly recognized he was choking.  She rushed over, stood him up and administered back blows and abdominal thrusts.

After performing the third abdominal thrust, the food became dislodged, and he was able to breathe. Without a doubt, the skills learned in the American Red Cross Training Services course helped to save the life of her family member.

This action exemplifies the highest degree of concern of one human being for another who is in distress. Karen was trained by Frank Spruill, a certified Red Cross Training Instructor. In fact, Karen and her husband Chip were Frank’s very first students when he began offering Red Cross certifications with OBXCPR, a non-profit organization committed to teaching people how to save lives in Outer Banks communities of North Carolina.

As Karen’s instructor, Frank was also awarded the Lifesaving Instructor Award. This award is given to instructors of Lifesaving Awardees and is one of our highest honors.

In addition to serving as an instructor, Frank is a valued Red Cross volunteer who supports blood drives in his community, responds to local home fires and travels to national disasters to help provide aid.

The American Red Cross is truly grateful for people like Karen and Frank.  It is an honor to recognize these heroes and hope their story inspires others to take lifesaving actions when emergencies strike.