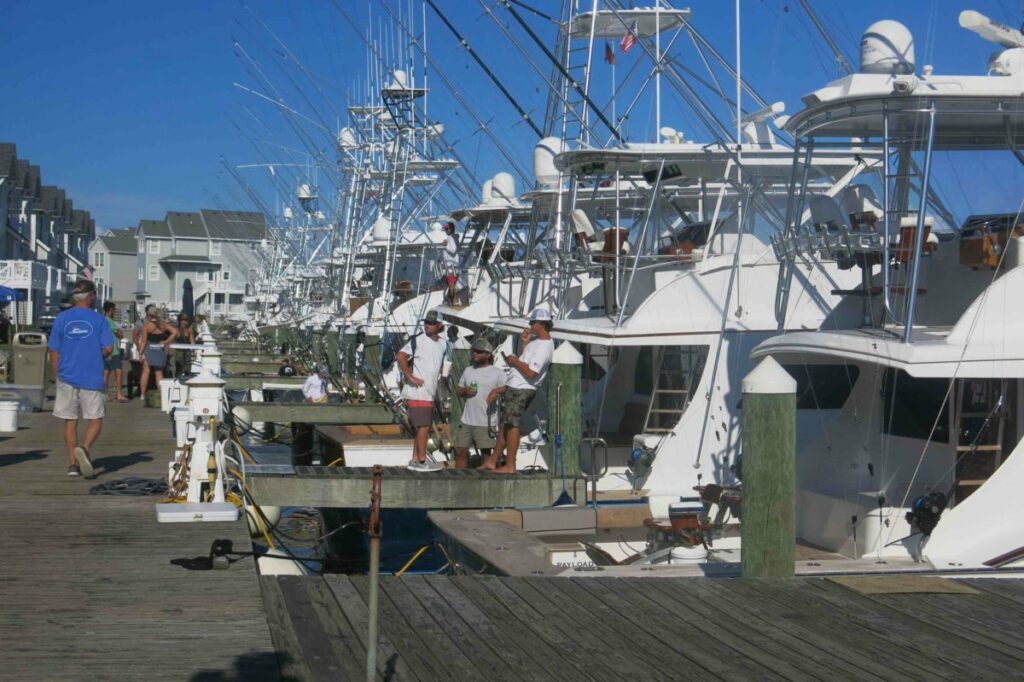 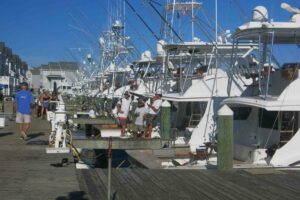 Day 2 of the 39th Annual Pirate’s Cove Billfish Tournament on Wednesday, August 17, 2022 saw the majority of the fleet opting to lay low with fishing still slow for the dozen that ventured offshore, according to an update from Capt. Dave Lear of PCBGT.com.

A total of five billfish were caught, all released: 1 white marlin and 4 sailfish.

Pari, captained by Mike Daley, was the top daily winner with two billfish for a total of 200 points.

Coming in as the second daily winner was J&B captained by Allan Murray, who reeled in 1 bluefish for a total of 100 points.

The titles of Top Dolphin, Top Tuna, and Top Wahoo also remain at a standstill, with the previous day anglers — Lee Tiller, Eric Barnwell, and Mason Griffin — still holding on to their respective titles.

Jason Wordsworth, fishing aboard J&B, kicked off Wednesday’s action after catching and releasing a sailfish at 10:21 a.m.

Live coverage of the tournament can be found at PCBGT.com, with radio reports by Capt. Marty of all the catches throughout each of the four days.

Capt. Marty also joins Autumn on Big 94.5 WCMS from 4:30 to 6:30 each afternoon to provide up to the minute reports on all the action.