Teams can be purchased for $200 until sold out or until April 14th. Each team member as well as spectators who purchase a $30 ticket receives two craft beers, a full BBQ plate and a Kona shave ice. Meal-only tickets can be purchased at $20 each, or a family 4-pack can be purchased for the discounted rate of $70. Complimentary bottles of water and assorted can sodas are available to all throughout the event.

“We’re excited to expand this very popular comunity fundraising event. Each year we’ve seen an increase in participation and sponsorships,” said Bill Blake, Executive Director. “Bocce is easily played by all ages and skill levels as evidenced by the fact that we’ve had four different winning teams in the past competition. Last year our 40-team brackets sold out and had folks anxious to play, hence the expansion to 48 teams for 2023.” Blake added. 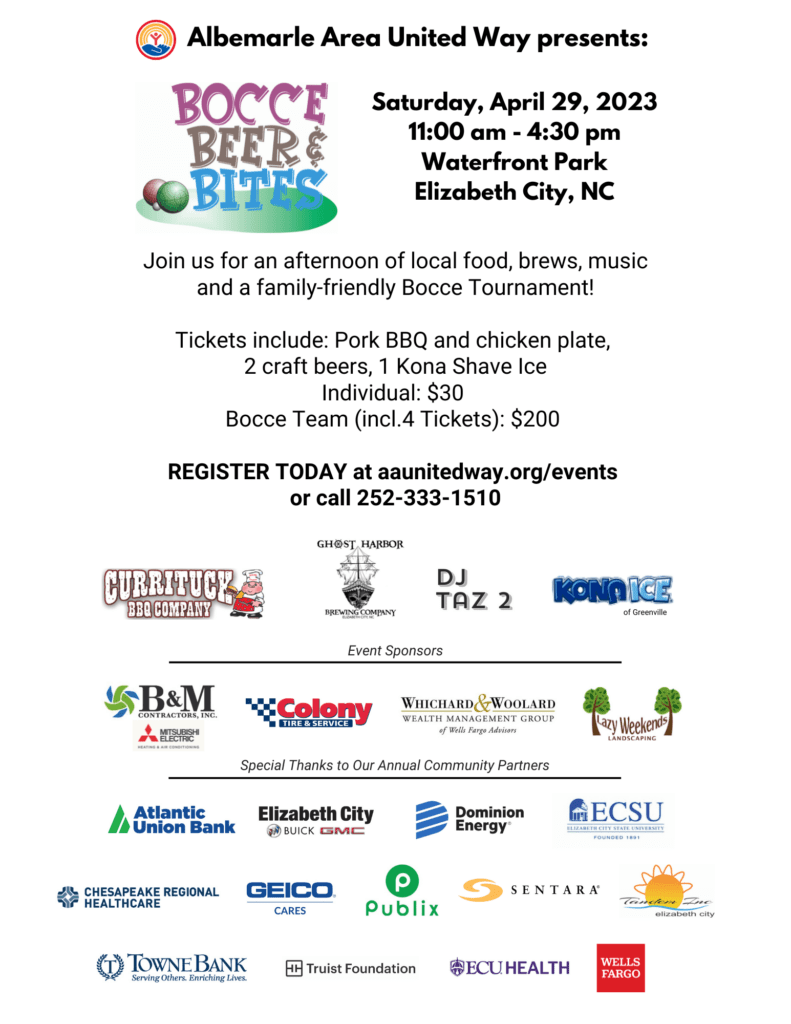