Beginning January 14, local performers will take to the stage at College of The Albemarle’s Performance Arts Center in Elizabeth City to showcase their musical talents in hopes of scoring a $1,000 grand prize and the recognition of the surrounding area.

Elizabeth City’s “The Voice” singing competition — a take on the popular NBC reality television series — will hold blind auditions on January 14, followed by the knockout round on January 21, and will conclude with the grand finale on January 28.

All three event days will be held from 7 to 9 p.m.

Those interested in attending can purchase tickets by CLICKING HERE. As the events unfold, be sure to scan the QR code on the infographic below to lock in your vote for your favorite performer.

College of The Albemarle’s Performance Arts Center is located at 1208 N Road Street. 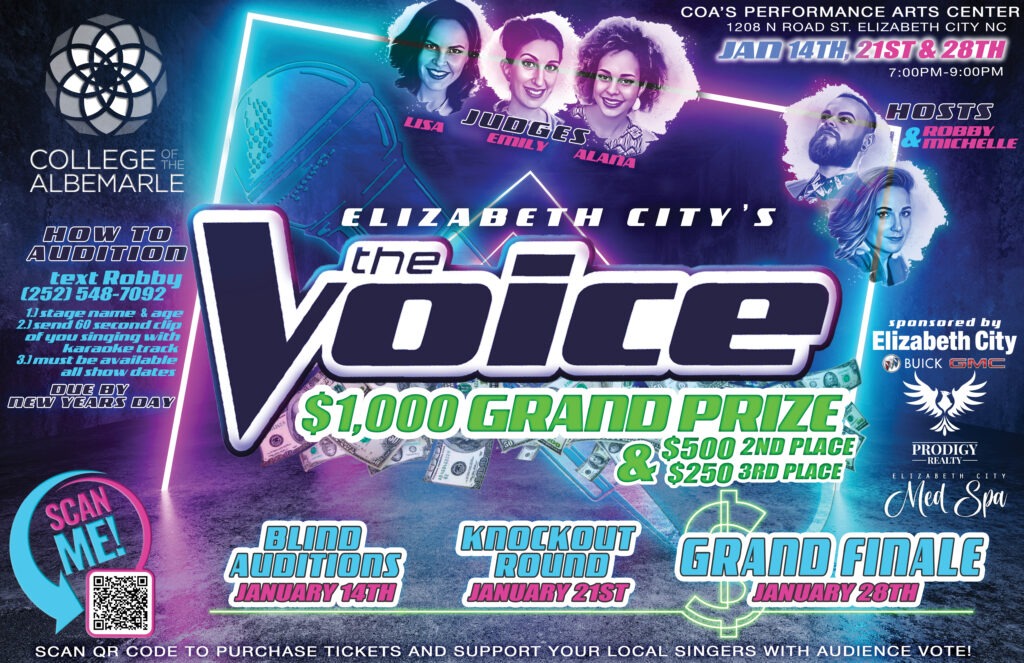