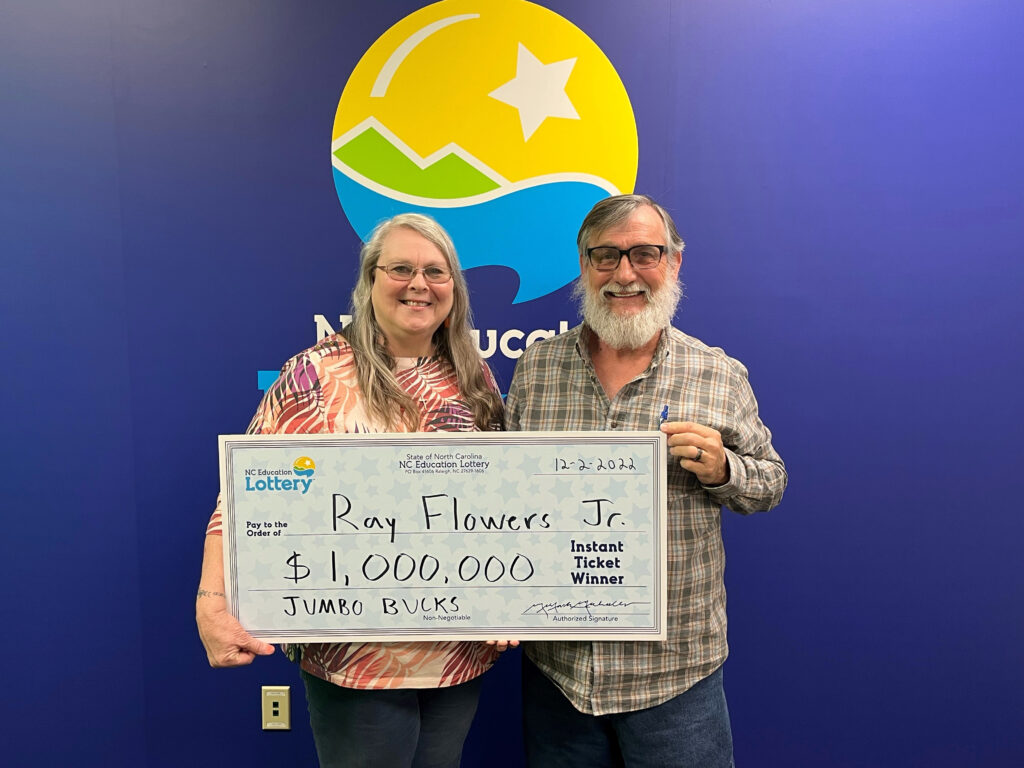 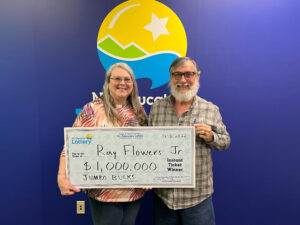 “Something just drew me to that one,” he said.

Flowers, 66, purchased his lucky ticket from the Fuel Market on Riverdale Road in New Bern.

“I was probably more dumbfounded than anything else,” Flowers said, reflecting back on his winning moment.

After he won, Flowers brought his ticket home to show his wife.

“She didn’t believe me,” he laughed. “She thought it was a fake ticket.”

“I was very relieved because I’ve been thinking about semi-retiring and this will help with that,” he said.

In addition to semi-retiring from sales merchandising, Flowers said he will help out his church and his family with his winnings.

Ticket sales from scratch-offs make it possible for the lottery to raise more than $2.5 million a day on average for education. In September, Pamlico County received a $50 million state grant from money raised by the lottery to build a new school for grades 6-12.

For details on how additional money raised by the lottery made a difference in Pamlico County last year, visit www.nclottery.com and click on the “Impact” section.