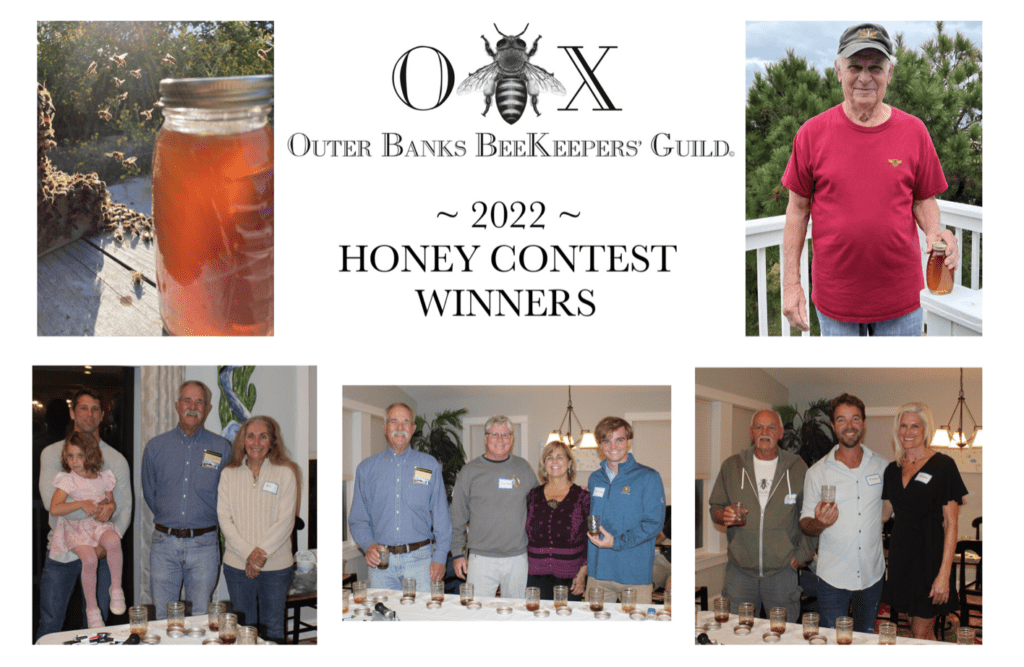 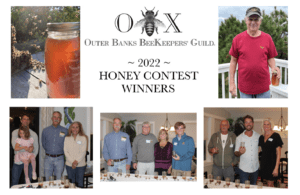 The Outer Banks BeeKeepers’ Guild is pleased to announce the winners of the Sixth Annual Honey Contest held on November 9, 2022.

With samplings of 17 Outer Banks honeys from Guild members’ hives, the judges and attendees enjoyed a great variety of unique tastes.  The individual honeys’ qualities such as density, clarity and flavor were compared, votes were tallied, and the winners were:

The Outer Banks BeeKeepers’ Guild welcomes anyone who would like to know more about honey bees and beekeeping (or where to purchase local honey) to visit outerbanksbeekeepers.com for more information, or contact OBBG president Dalton Hyde at (919) 260-3265.