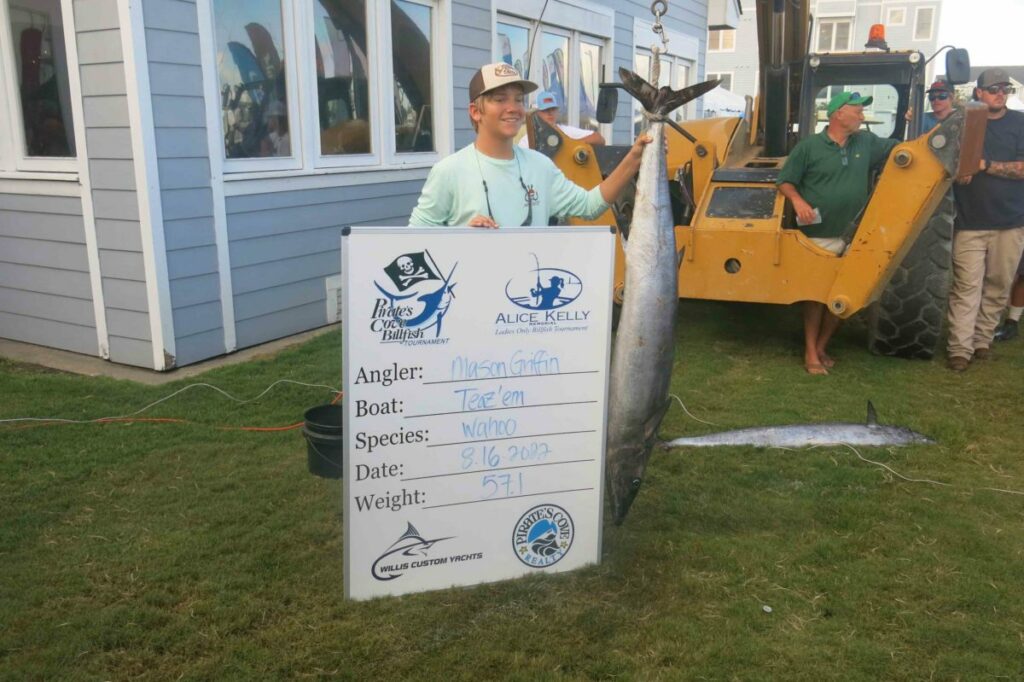 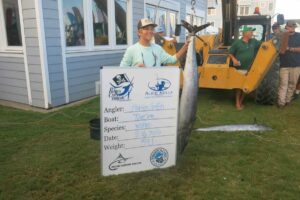 The opening day of the 39th Annual Pirates Cove Billfish Tournament on Tuesday, August 16, saw nearly all registered competitors head out to sea for a whopping prize purse standing at $1,045,025.

According to an update from Capt. Dave Lear of PCBGT.com, only 39 billfish were tallied on the first day of fishing and not a single one was a white. Sailfish dominated to the tune of 30 fish, supplemented by nine small blue marlin.

The day started at 8:42 a.m. when the first billfish of the day, a sailfish, was caught and released by Brett N Downing aboard the Fin Planner at 8:42 a.m.

Trophy Hunter, a 55 Buddy Cannady based at Oregon Inlet captained by Kenneth Brown, was the top daily winner with two blue marlin that made for 500 points.
Coming in as the second daily winner was Bill Collector captained by Stephen Draughon, who reeled in 4 sailfish for a total of 400 points.

Annie O, Country Girl and Re-Leased were the other boats atop the leaderboard, all with 350 points each (one blue and one sail each).

In the gamefish categories, 15-year-old Mason Griffin fishing aboard Teaz’em reeled in the top wahoo weighing in at 57.1-pounds, Eric Barnwell aboard Due South reeled in the top tuna at 53 lbs., and Lee Tiller aboard Stream Weaver landed top dolphin at 23.3 lbs.

Live coverage of the tournament can be found at PCBGT.com, with radio reports by Capt. Marty of all the catches throughout each of the four days.

Capt. Marty also joins Autumn on Big 94.5 WCMS from 4:30 to 6:30 each afternoon to provide up to the minute reports on all the action. 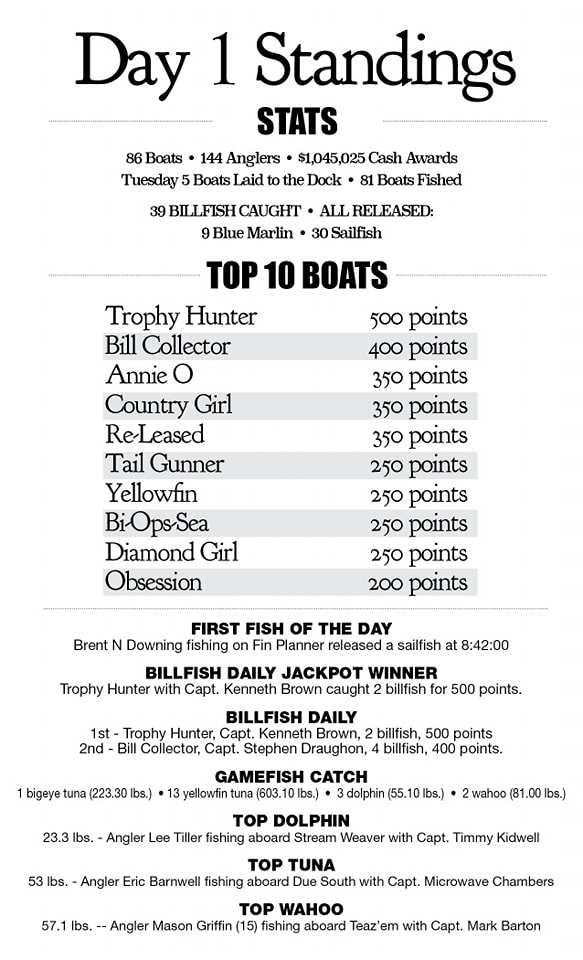