A strong cold front moving across the region on Saturday will have the potential to bring severe weather, high winds, minor coastal flooding through the afternoon. And don’t be surprised if there are few snowflakes in the air after the front passes.

The Newport/Morehead City office of the National Weather Service has issued a Wind Advisory for mainland areas, and a High Wind Warning for the Outer Banks from Duck to Ocracoke.

The winds will shift to the northwest in the late afternoon as the front moves through and remain in the 20 to 30 mph range, with gusts to 40 mph, through Saturday night.

A level 3/enhanced severe weather threat is forecast for northeast North Carolina and the Outer Banks, with more numerous thunderstorms capable of producing damaging wind gusts that could produce an isolated tornado between noon and 3 p.m. 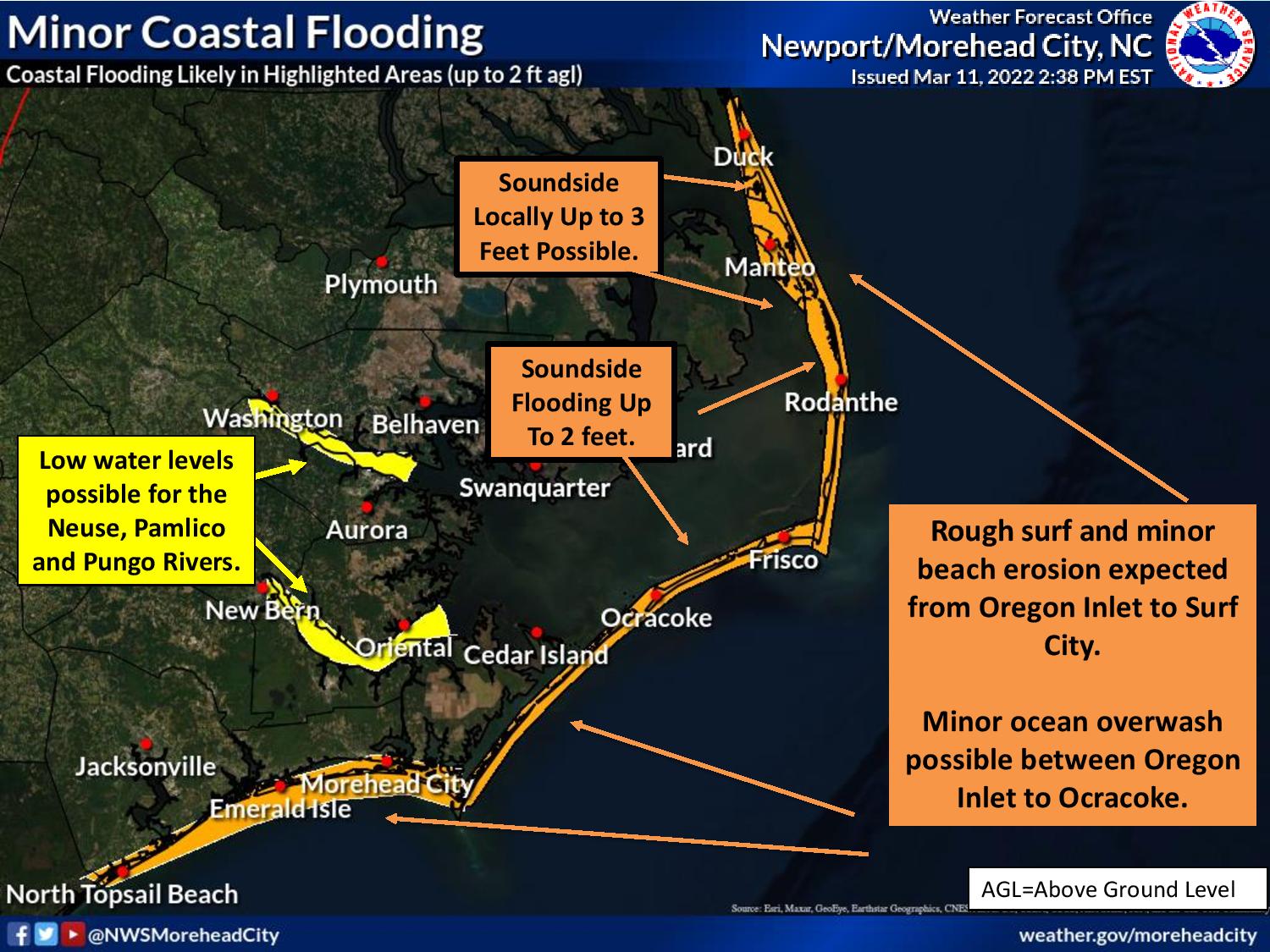 Some ocean overwash is possible at high tide along the beaches from Oregon Inlet to Ocracoke, with minor erosion as well.

After the front passes, temperatures will plummet and precipitation may change over to snow before tapering off but no accumulation is expected due to the warm ground.

There is the possibility of some black ice forming on bridges and roadways, especially inland where temperatures will drop to near 20 degrees.

Then Sunday morning will start out brutally cold, with temps in the mid 20s and winds of 20 to 30 mph that will have wind chills in the mid teens.