After January’s multiple storm systems brought much needed moisture to northeastern North Carolina and the Outer Banks, the region is once moving towards drought conditions after a mostly dry February.

The return of a potential drought comes after the area experienced severe drought conditions through much of December.

Data from the National Centers for Environmental Information shows statewide average precipitation last month was 2.47 inches, the 31st-driest February in the past 128 years, according to Assistant State Climatologist Corey Davis.

“The monthly precipitation map shows a distinct gradient from west to east, since those crossing cold fronts had their moisture squeezed out over the Mountains, then brought limited rain by the time they reached the coast,” said Davis in a climate summary posted Wednesday on the State Climate Office website. 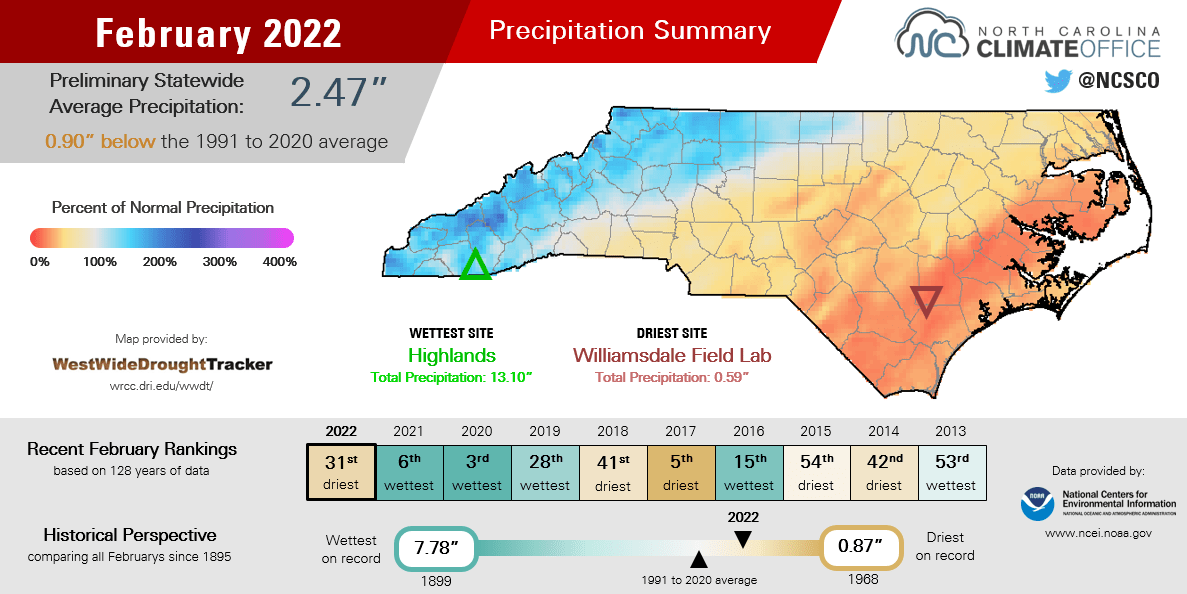 “While lingering moisture from January’s storms has prevented any rapid deterioration, Moderate Drought (D1) did expand across the southern Coastal Plain and Abnormally Dry (D0) conditions now cover parts of the northern and central coast after the dry February there.

Davis added that along with the dry weather, Hatteras also recorded its 13th-warmest February in 123 years, and Plymouth tied for its 11th-warmest since 1945.