The owner of a collapsed house has submitted a removal plan and hired a contractor to complete an extensive cleanup of debris spread along 15 miles of Cape Hatteras National Seashore beaches.

The vacation rental was located in the 24000 block of Ocean Drive near the Rodanthe Pier, an area of beach that has been especially prone to erosion for more than a decade.

The collapse happened sometime between Tuesday night and Wednesday morning, and was reported around 7 a.m.

The National Park Service issued the homeowner from Virginia Beach a special use permit on Friday to immediately begin removal work, and W.M. Dunn Construction, LLC of Powells Point has been hired by the owner to remove the house and all associated debris.

According to a press release, National Park Service rangers have observed debris spread along the beach to the south of the collapsed house site, including off Rodanthe, Waves and Salvo and nearly to the village of Avon.

“The large debris field from the fallen house poses a risk to Seashore visitors,” stated David Hallac, superintendent, National Parks of Eastern North Carolina. “We have been in contact with the owner of the home since the day of its unfortunate collapse and appreciate his efforts to follow through on submitting a removal plan and hiring a contractor to clean up the beach and eliminate hazards.”

Visitors should use caution when participating in recreational activities on the beach and in the ocean between the villages of Rodanthe and Avon due to debris from the collapsed house.

The beach near the site of the collapsed house is temporarily closed. Short-term closures south of the house site may be necessary. Beach closures will be announced at http://go.nps.gov/beachaccess and via text alert (text CAHAORV to 333111). 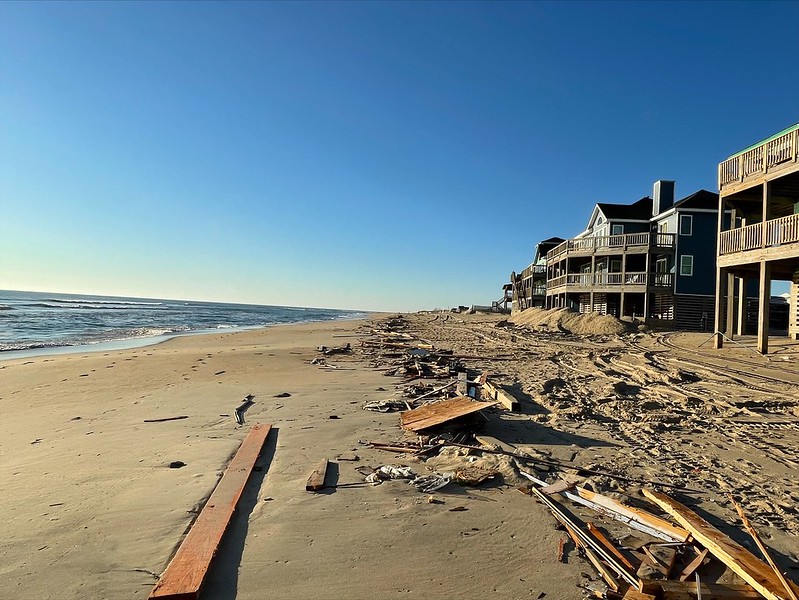