Both of the fishing vessels that washed up at Oregon Inlet late Wednesday have been saved from the Graveyard of the Atlantic.

Crews from Sea Tow Oregon Inlet and Southside Services and Towing of Wanchese pulled the Bite Me and Reel Lucky about a mile from where they grounded to Cape Hatteras National Seashore off road vehicle ramp 4 adjacent to the Marc Basnight Bridge, then loaded the vessels on trailers and they were gone by Friday evening.

Michael Barber, Public Affairs Specialist for Cape Hatteras National Seashore, said a new webpage is available at NPS.gov that provides updates on current groundings and will be used for any future groundings, and has created a Flickr gallery of images of the various vessels that have run aground on the Seashore since late November. 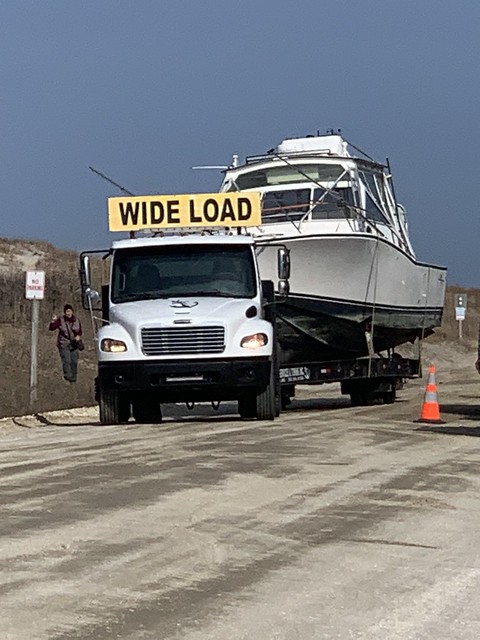 The Bite Me, a 32-foot Albemarle sportfisher registered in Pennsylvania, and the Reel Lucky, a 35-foot JC registered to an owner from New Jersey, grounded in the breakers of the treacherous inlet almost the exact same spot a scallop trawler came ashore in 2020.

According to a crew member, the Bite Me ran into trouble trying to navigate the inlet and was being assisted by the Reel Lucky when both boats ended up in the shallows and came aground about a mile south of Cape Hatteras National Seashore ORV ramp 4 on Bodie Island Spit.

Five people were on the two vessels and made it on shore unharmed.

After getting approval from the National Park Service for a salvage plan, crews from Sea Tow Oregon Inlet and Southside Services and Towing of Wanchese were able to pull both boats onto the beach in just a few hours.

Latest on the grounded boats at Oregon Inlet. Already got one on foam blocks, pulling the other one farther up the beach. pic.twitter.com/nuX6kno1hQ 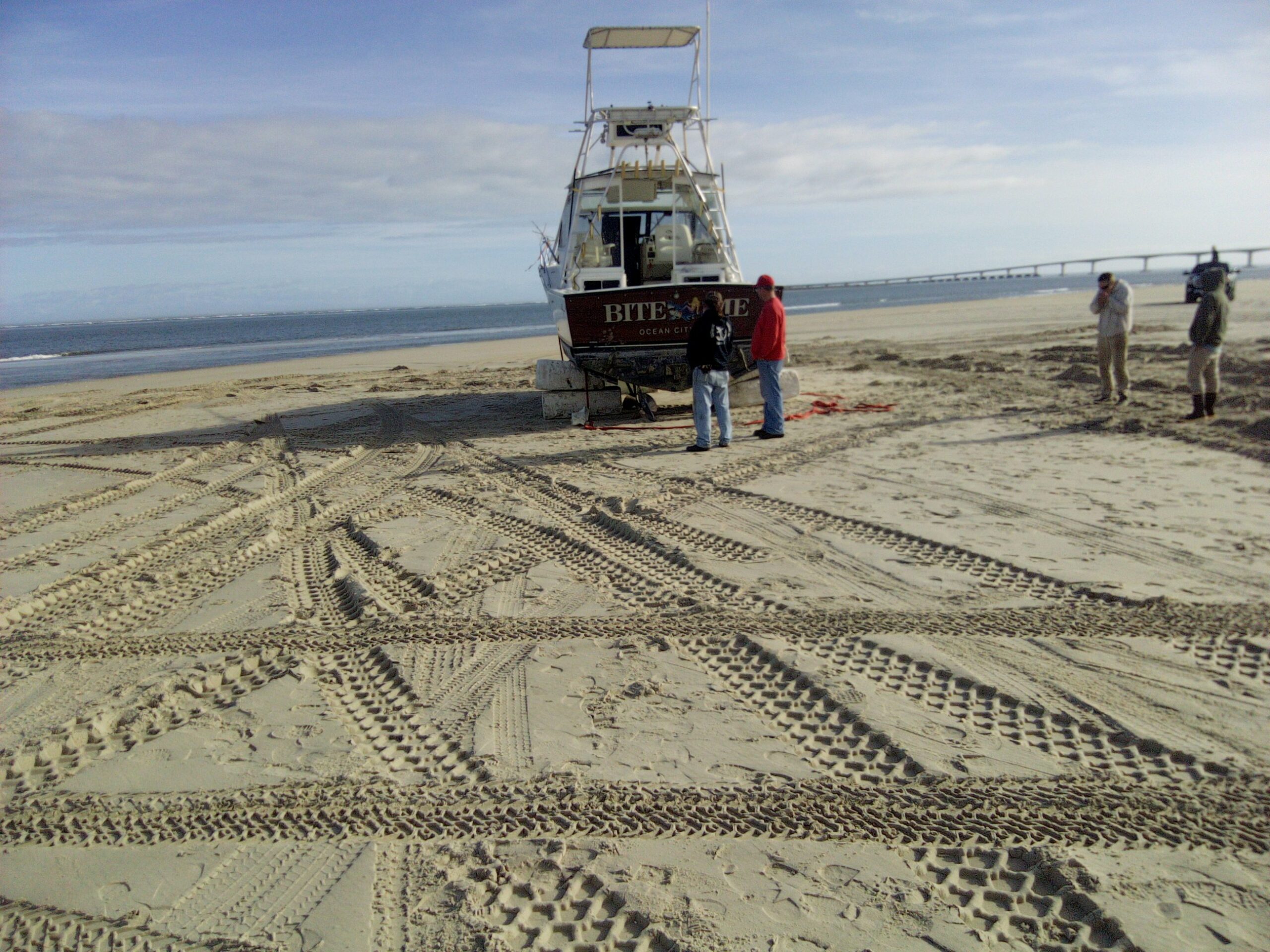 The vessels will likely be hauled to a boat yard to check for damage and necessary repairs.

Boats from all along the East Coast, and based here on the Outer Banks, run in and out of the treacherous inlet during the winter chasing giant bluefin tuna that show up from January to March as close as 10 miles offshore.

The chase for the fish that can weigh up to 1,500 pounds inspired the reality TV show “Wicked Tuna Outer Banks”, which had a crew out filming the scene at Oregon Inlet for the next season of shows on the National Geographic Channel.

Meanwhile farther south, the Ocracoke Observer reports a Morehead City-based towing company had been able to get the Vivens Aqua in a position where it was no longer in danger from the sea, and can be removed via the beach in a similar fashion to the Oregon Inlet boats.

But the owner of the 55-foot yacht was running into issues with an insurance company on salvaging the boat, which he has remained with since January 25.

Once a salvage plan is presented, the National Park Service said Thursday they will review it and determine if a special use permit can be issued for removal attempts using a different method.