A trio of January storm systems have all combined to bust the drought that had gripped the Outer Banks and northeastern North Carolina since early fall.

According to the latest N.C. Drought Monitor map, all of eastern N.C. north of the Neuse River is now fully out of drought conditions.

Much of the area reached severe drought in mid-November after one of the driest autumns in 80 years, and remained at least in moderate drought until early January when systems with moderate-to-heavy rainfall along with ice and snow began moving across the state.

According to the N.C. Climate Office, last weekend’s four inches of snow put the climate station at Plymouth on pace for its 5th-wettest January on record, with 5.67 inches of precipitation so far.

The recent precipitation has also helped ease drought conditions in other parts of the state, which remain at least abnormally dry due to lower than normal soil moisture and groundwater levels. 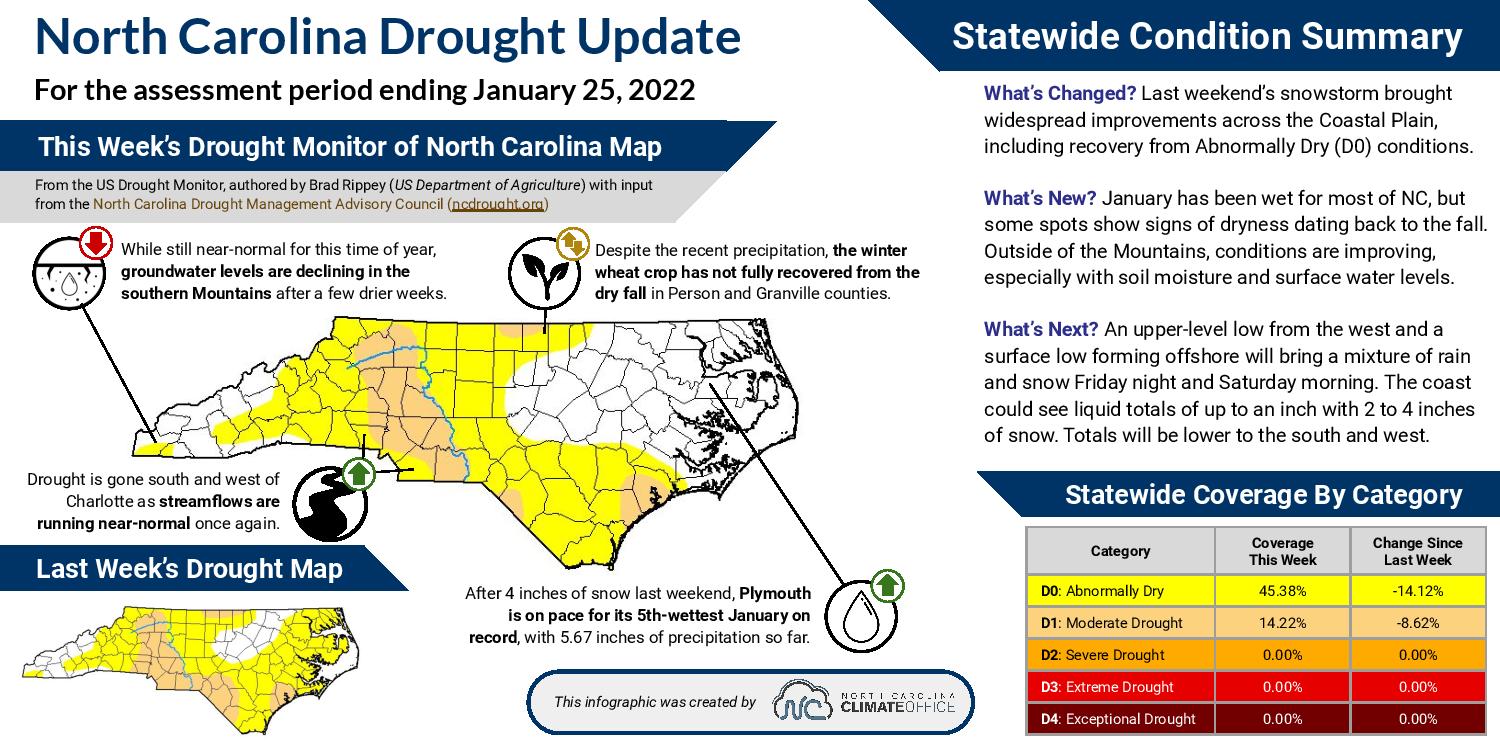