Another strong storm system is forecast to move through the region later this week, with the potential for severe icing across portions of eastern North Carolina. But wintry precipitation lovers on the Outer Banks will probably once again be very disappointed.

Forecasters at the Newport/Morehead City office of the National Weather Service said Tuesday how deep and far north and west a developing warm layer progresses above the surface will dictate whether the wintry precipitation is freezing rain or sleet.

“There is still some uncertainty with exact ice, sleet, snow amounts, which we will continue to fine tune over the next few days,” according to the Tuesday afternoon update. “However, confidence is increasing that portions of the area could see significant icing.”

Accumulating snow is a possibility as well, but better chances of snow appear to be just north and northwest of eastern North Carolina at this time.

Gusty winds, large surf and other coastal impacts are likely, but the severity again depends on the exact track of the system. 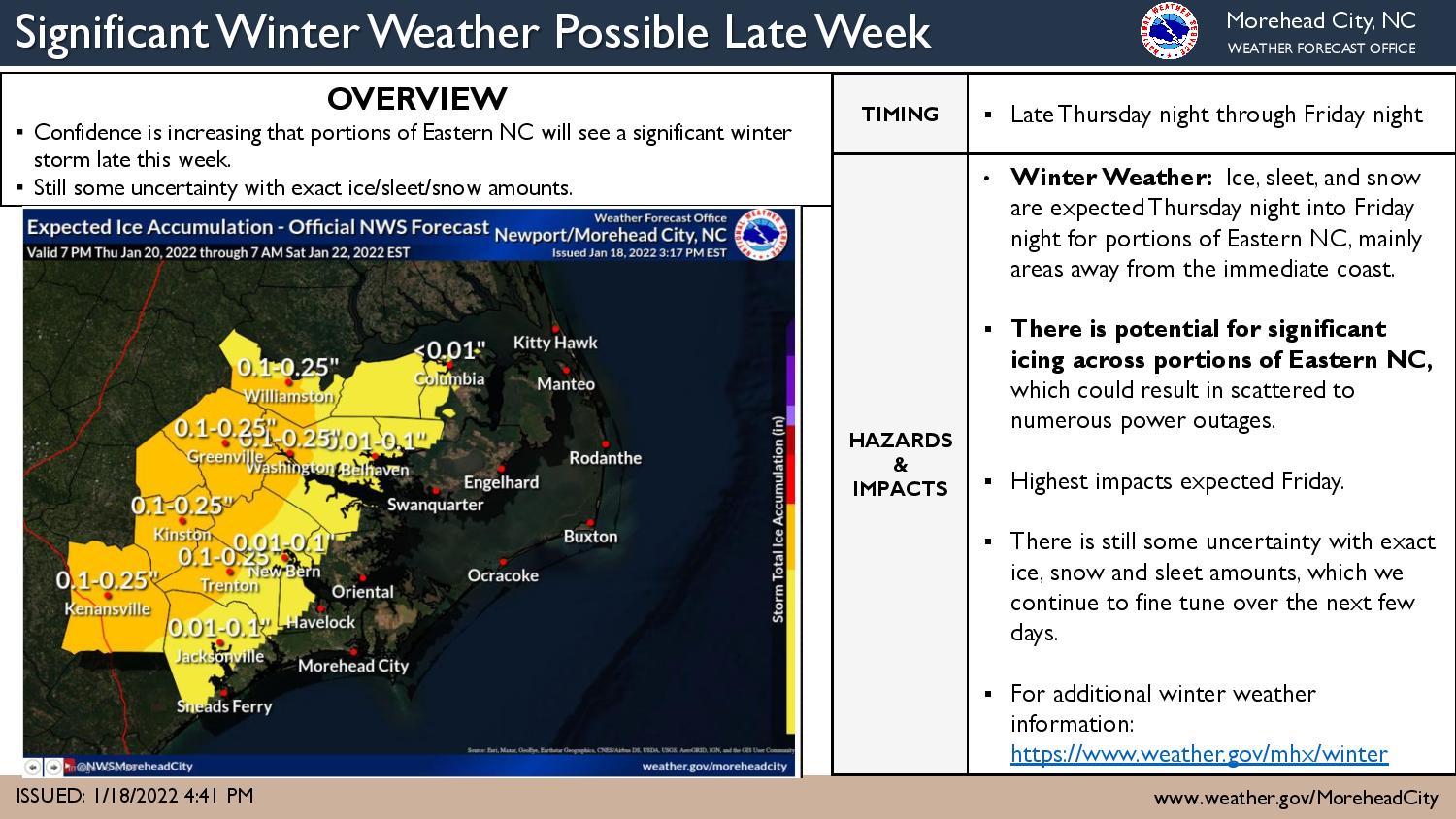 There is a better chance for the white stuff across inland areas north of the Albemarle Sound and into southeastern Virginia, first as a cold front crosses the area on Thursday and then while low tracks just off the coast. 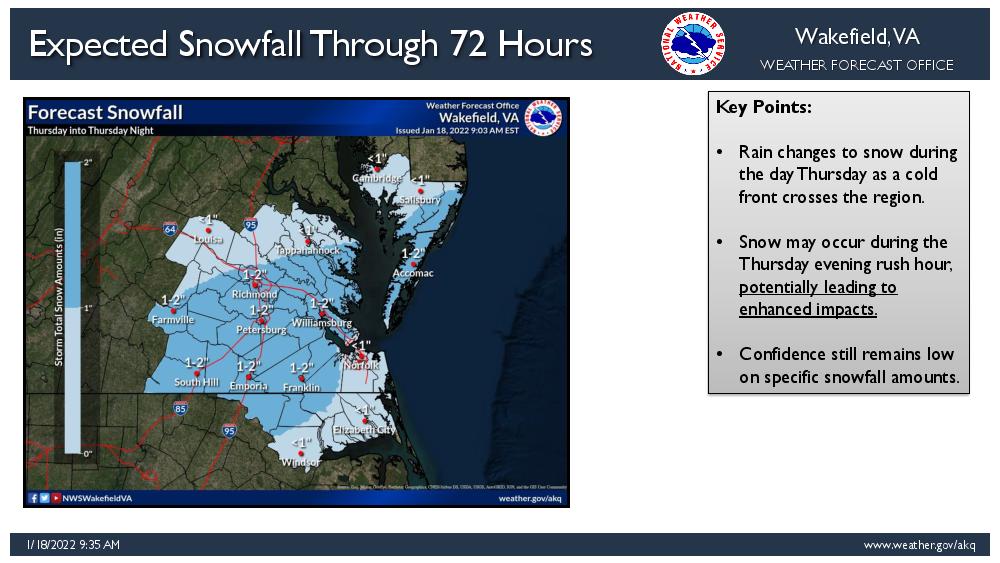 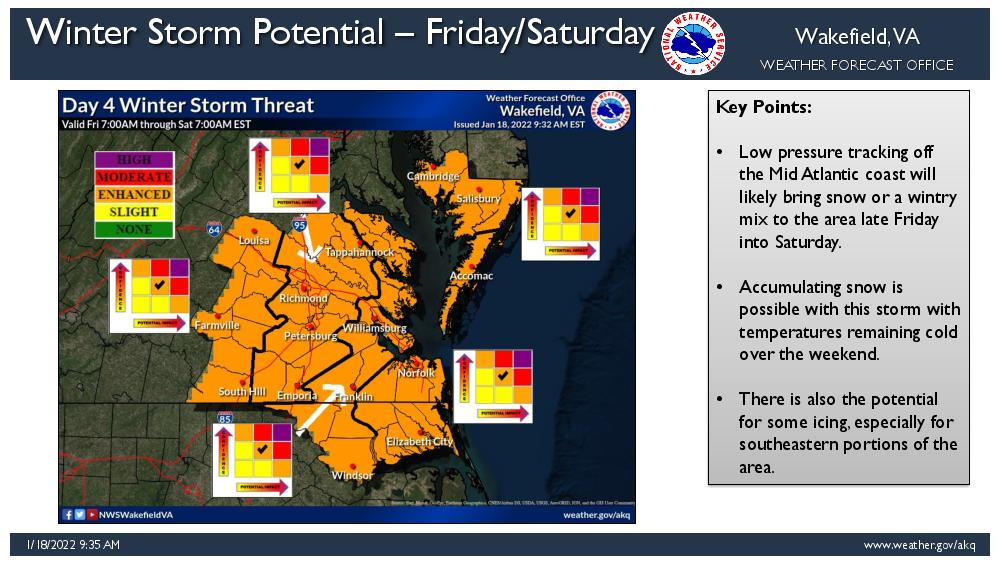