Minor flooding is possible into Friday morning along the soundside as westerly winds pick-up overnight as a cold front crosses the Outer Banks.

Sustained winds out of the west of 15 to 20 mph, with gusts to 25, are expected after midnight and continue until Friday morning, when they will shift to the northwest and increase to 25 to 30 mph before starting to decrease in the afternoon. 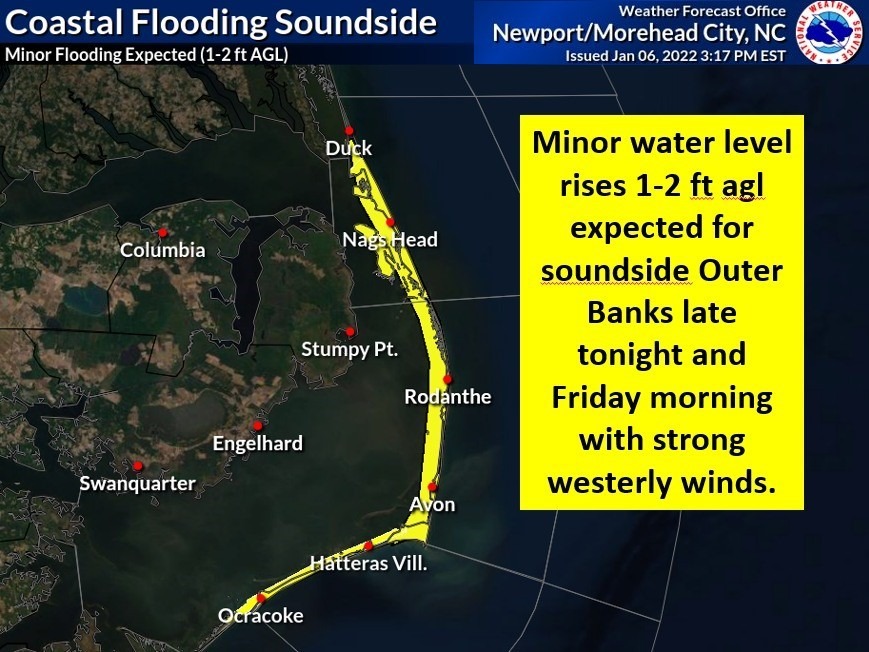 According to a coastal flood statement from the Newport/Morehead City office of the National Weather Service, water levels rises of up to two feet above ground are possible.

That will likely lead to standing water in low-lying areas adjacent to the sounds from Duck to Ocracoke, including the typical trouble spots along N.C. 12 on Hatteras Island, as well as Colington Road and other streets and roads normally prone to soundside flooding.

A gale warning has been posted for the Albemarle and Pamlico sounds for Friday from 2 a.m. to noon.

After the cold front moves through tonight high pressure returns for the weekend. Another strong cold front will move through Sunday night and early Monday, which will bring in an Arctic airmass with temperatures well below normal.