The number of visitors at the three local national parks continue to reflect the overall popularity of the Outer Banks as people continue flocking from near and far this year.

Cape Hatteras National Seashore, Fort Raleigh National Historic Site and Wright Brothers National Memorial have all experienced some of their highest levels of visitation ever recorded in the first half of 2021.

At Cape Hatteras National Seashore, visitation totals for January-June 2021 were 26 percent higher than the first six months of 2002, the year that currently has the distinction as being the busiest year on record.

﻿Visitation totals through the first half of 2021 were the fourth highest ever at Wright Brothers National Memorial and the seventh highest at Fort Raleigh National Historic Site. 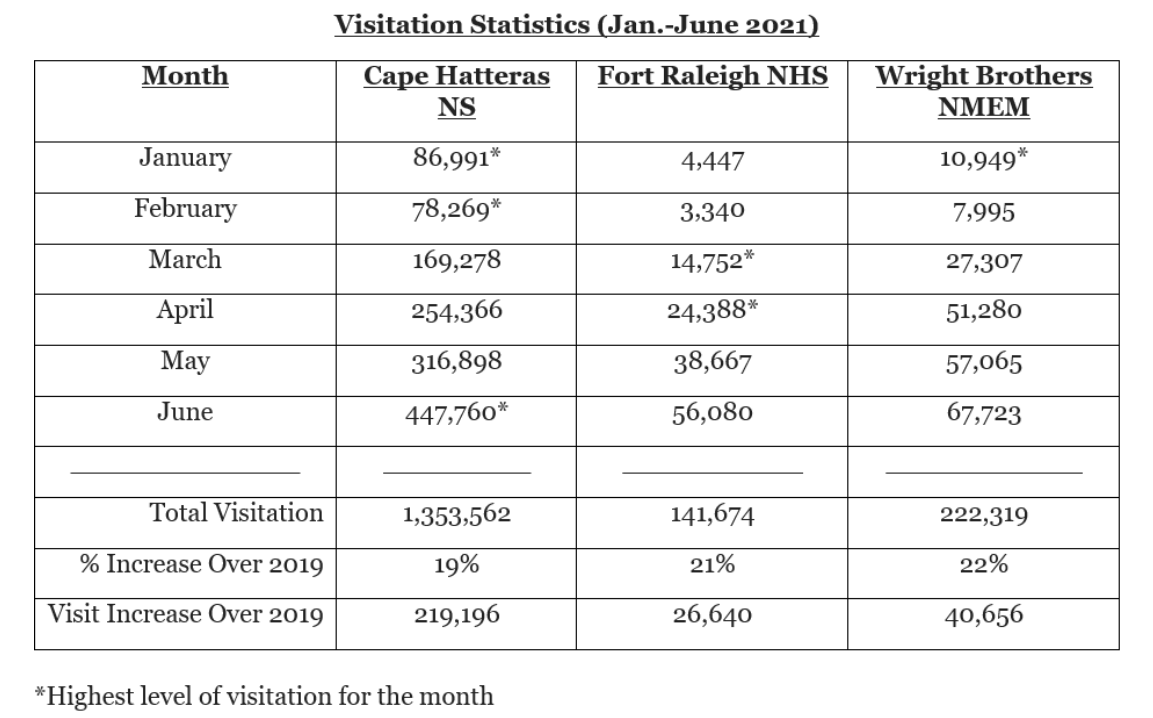