Henry Richard “Rick” Gardner of Elizabeth City, NC died Sunday, February 21, 2021 at his home. Born in Chesterfield, SC on March 18, 1927 to the late John Gardner and Amy Shaw Gardner, Rick was one of twelve children (seven brothers and four sisters). He was the husband of Lydia Worsley Gardner.

Rick graduated from Chesterfield SC High School in 1944. He served his country honorably in the U. S. Army and the Merchant Marines in the Atlantic and Pacific War Zones during World War II. Working at Southern Bell Telephone Company from 1948 to 1955, he then joined Gardner Construction Company as the Office Manager until he was appointed Corporation President in 1961. In 1983 Rick founded the Rick Gardner Co. Inc, a company specializing in commercial and industrial construction in North Carolina, Virginia and Florida.

He served as a City Councilman from 1989-1991 and as mayor of Elizabeth City from 1993-1999. Rick served on the Board of Directors of the former Centura Bank, the ECSU Foundation, the Elizabeth City Chamber of Commerce, Friends of ECSU, and as Chairman of Coastal Resources Advisory Council.

He also served on other Boards and Committees such as Chairman of the Pasquotank Board of Elections, Chairman of the North Carolina Seafood Industrial Park Authority and member of the Girls Club Board.

In 1994, Rick received an honorary degree presented by Elizabeth City State University that read: As a successful businessman, a welcome member of many groups seeking community improvement, a highly regarded leader in local government, a man with the God-given talent to melt the word “stranger”, and as a philanthropist concerned with the well-being of fellow citizens, including major support for this institution – he superbly matches Kipling’s description of a man who walks with kings but keeps the common touch. He was also a present or former member of the B.P.O.E., L.O.O.M., American Legion #84, Kiwanis and Rotary. 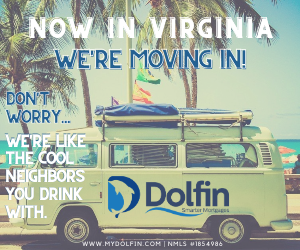 A memorial service will be held at 11:00 a.m. on Saturday, February 27, 2021 at Twiford Memorial Chapel with Wayne Gardner officiating. In lieu of flowers, memorial donations may be made to Albemarle Hopeline, POB 2064, Elizabeth City, NC 27906. Twiford Funeral Home, 405 East Church Street, Elizabeth City, NC is serving the Gardner family. Online memorial condolences may be sent to the family at www.TwifordFH.com.