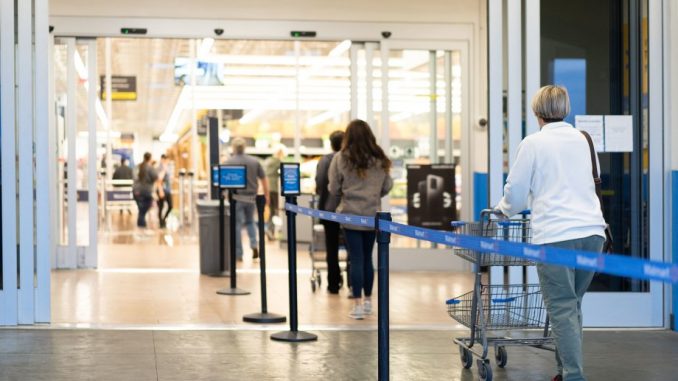 Beginning Saturday, April 4, Walmart stores will begin limiting the number of people in stores at one time. 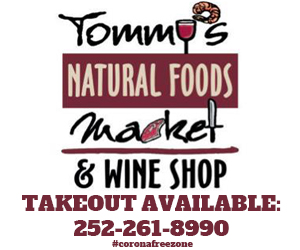 The company has already limited hours, increased cleanings and restocking, installed sneeze guards and social markers and begun temperatures checks for employees. But company officials said in a news release they have been concerned to still see some behaviors in stores that put undue risk on employees and shoppers people.

“We want to encourage customers to bring the fewest number of people per family necessary to shop, allow for space with other customers while shopping, and practice social distancing while waiting in lines,” the news release said. “We’re also seeing states and municipalities set varying policies regarding crowd control – which has created some confusion regarding shopping.”

Beginning Saturday, stores will now allow no more than five customers for each 1,000 square feet at a given time, roughly 20 percent of a store’s capacity.

To manage this restriction, the associates at a store will mark a queue at a single-entry door (in most cases the Grocery entrance) and direct arriving customers there, where they will be admitted one-by-one and counted. Associates and signage will remind customers of the importance of social distancing while they’re waiting to enter a store – especially before it opens in the morning.

Once a store reaches capacity, customers will be admitted inside on a “1-out-1-in” basis.

Inside the store, Walmart is instituting one-way movement through the aisles, using floor markers and direction from associates.

“We expect this to help more customers avoid coming into close contact with others as they shop,” the release said.

Once customers check out, they will be directed to exit through a different door than they entered, which should help lessen the instances of people closely passing each other.

“We always want people to feel welcome at Walmart, and we know that in ordinary times a store is a gathering place for members of a community to connect and socialize,” the release said. “We look forward to the time when that is again the case; however, we now want to prioritize health and safety by encouraging customers to do their shopping at a distance from others, then head home.”