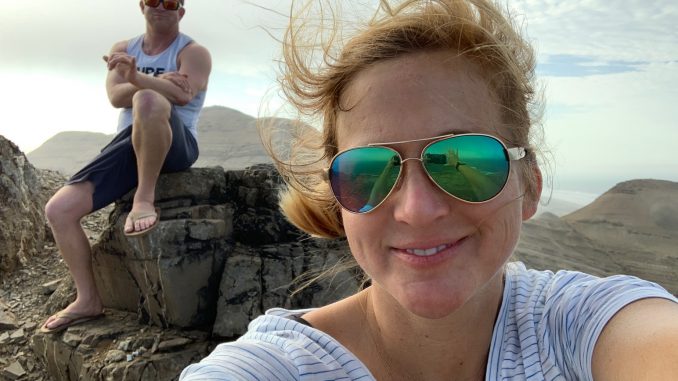 Dare County resident Jeff Carver has surfed the Outer Banks since his childhood, and has long enjoyed the ocean perks of his adopted home. Yet he’s always thirsted for waves from distant lands.

Carver has a strong affinity for Peru. The most challenging part of the trip is usually getting there.

“We arrived in Peru on March 12th, it is grueling travel to get here with an overnight stay in Lima, before taking a domestic flight to Trujillo airport and then another 1.5 hour van ride to Chicama,” Carver said. “All-in-all it takes a little under 24 hours.” 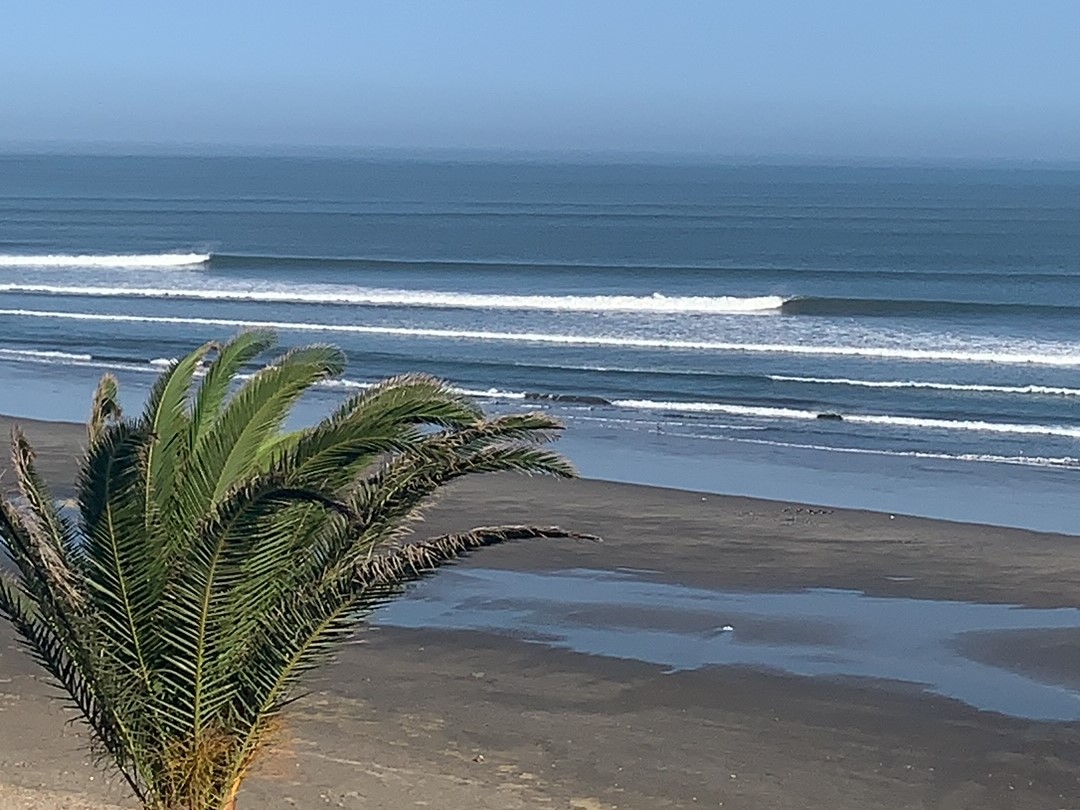 This year, the Peruvian entry could be described as seamless when compared to the exit process, due to the COIVD-19 coronavirus pandemic’s far reaching tentacles.

Peru has had a relatively low number of COVID-19 cases, but the South American nation’s preemptive measures against the invisible enemy have been the prime complicating factor for Carver.

“We found out we were stuck here on March 15,” Carver said. “The Peruvian President, Martin Vizcarra declared a National State of Emergency and closed the borders the next day.”

“There was not enough time for us to get a flight out,” Carver said.

He noted a few flights to get Americans have made it to Lima, but haven’t made it to the rural areas yet.

The U.S. Embassy and various politicians have been contacted. There’s hope a solution could be close at hand.

Jeff’s parents, Marvin and Debbie Carver, and his girlfriend Amanda Daniels, have paid keen attention to the situation.

“I hope we’re getting close to getting him out of there, but it’s very stressful as a parent I assure you,” Marvin said from his Chapel Hill home.

Interestingly enough, while appreciative of Jeff’s fondness for surfing, neither his mom nor dad ever surfed. But both aren’t surprised his passion has stretched into his mid 30s.

“Basically when he could start talking, every Christmas he would ask us for a surfboard,” Debbie said. “Finally we got him a surfboard, and I’ve never seen an expression on a child’s face like that my whole entire life.”

Jeff’s first taste of international surf wasn’t too many years after that fateful Christmas.

“The first out of country surf trip I did was to Costa Rica,” Carver said. “I did a surf-intensive Outward Bound program, we traveled and camped all over Costa and surfed a ton of breaks. That was back in 2000. I was 16.”

Like his parents, Jeff’s girlfriend Amanda Daniels is a non-surfer.

“I just lay on the beach and watch,” Daniels said. “Jeff says teaching surfing can break up a relationship.”

While Carver has apprehensions about teaching Daniels, he has instructed locally and abroad, and will be working at Real Watersports on Hatteras Island upon his return.

Daniels has been to Barbados and Costa Rica with her beau, but couldn’t go on this journey due to a prior commitment.

“Amanda has been wonderful in helping me to stay positive and know this will all be over soon,” Carver said, before mentioning he can’t wait to get home and give her a big hug and cook a steak on the grill.

Despite all the turmoil, Carver has already planned a return to Peru.

“During a good swell here at Chicama you can ride a wave for two minutes without it closing out,” Carver said.

“Peru is the land of left-hand point breaks, and there are many many different set ups along the massive Pacific coastline of Peru,” Carver said.

Carver is not completely alone in this journey. He’s accompanied by lifelong friend and surf enthusiast Elizabeth Basnight who is from the Triangle-area and works at UNC-Chapel Hill. 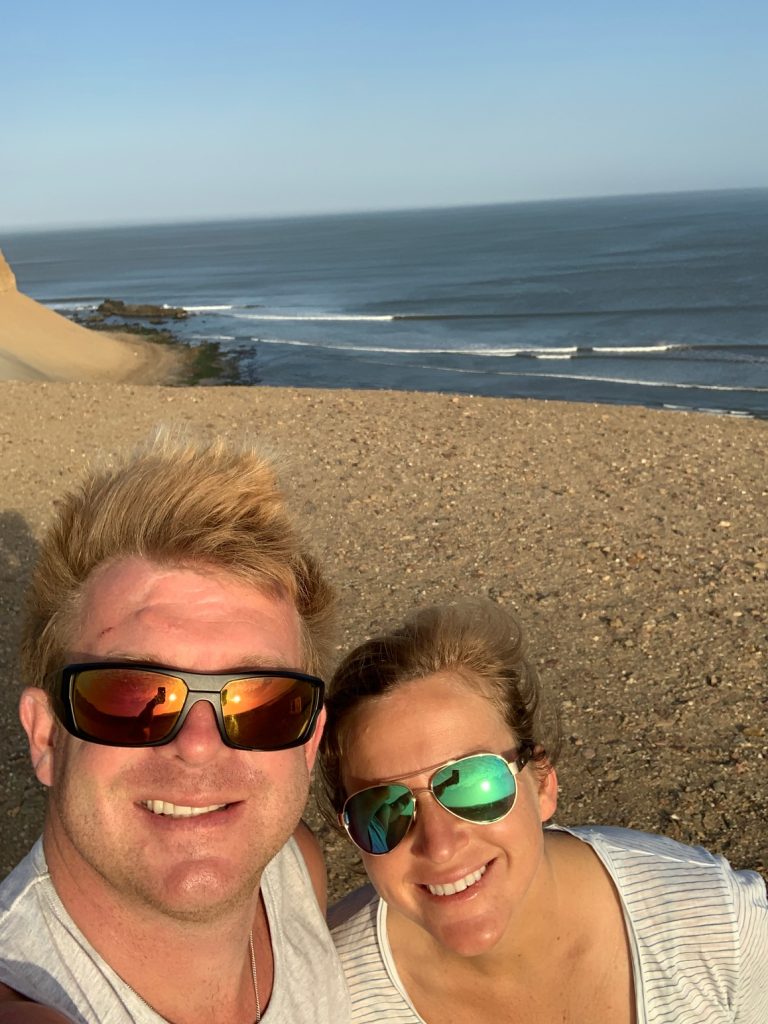 Carver is also grateful for his accommodations. Though they were only booked through the March 20, they haven’t had to pay for the extra nights since the border closure.

“The hotel I stay at, the Chicama Surf Resort, have become second family to me,” Carver said. “The local surf community is amazing and welcoming.”

It should be noted, the beaches are now closed, so there’s no surfing. There’s no leaving the hotel grounds either.

Like any mom, Debbie Carver is concerned about her son’s current well being, but she would never advise Jeff not to go on his global surf junkets.

“It would be like telling him he couldn’t breathe,” Debbie said. “He loves to travel, he loves to meet people, he loves to surf, he loves the water, and I would never tell him not to do that.” 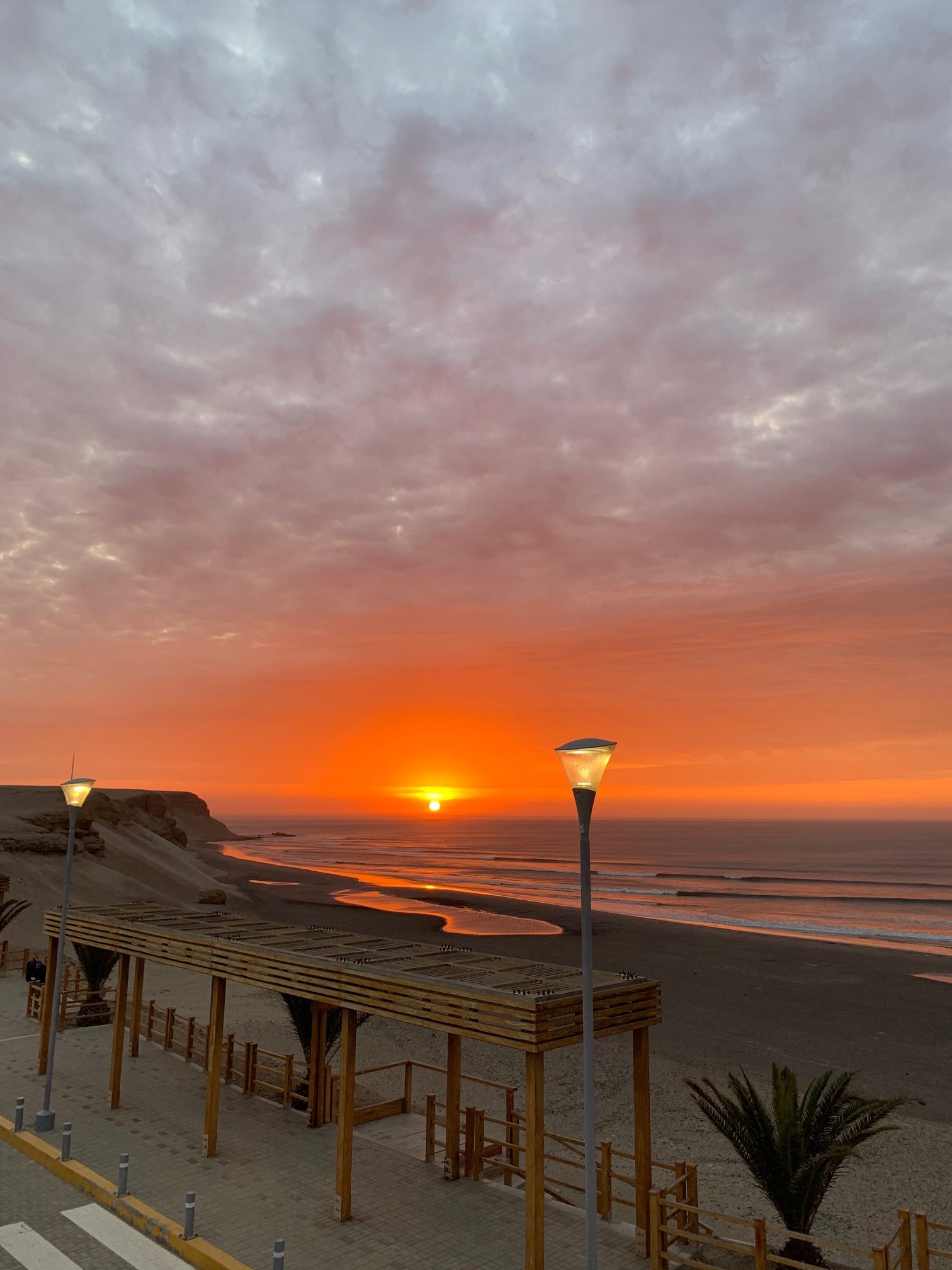