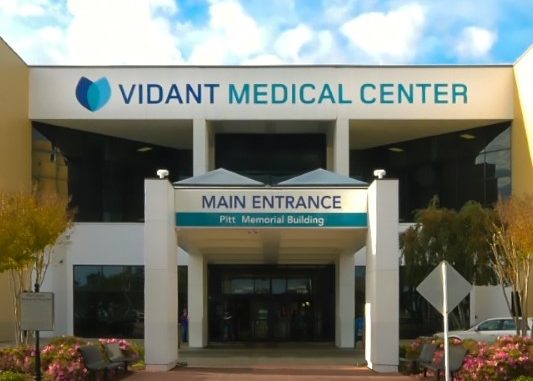 Vidant Health, which operates The Outer Banks Hospital in Nags Head, is laying off 191 workers as the health system faces a multi-million dollar budget shortfall.

Where the job cuts were taking place has not been announced.

The company was hit with an $18 million operating deficit for the first quarter of 2020, blamed on increasing costs, decreased reimbursements from Medicaid and private insurance, the lack of Medicaid expansion by state leaders and other factors.

Layoffs had been hinted last month within the company that runs eight hospitals and has more than 12,000 employees across 29 eastern North Carolina counties.

“Saying goodbye to team members who we have worked alongside and care about is not easy,” Waldrum said.

“I deeply value the contributions made by everyone on the Vidant team, and we will do everything we can to support those impacted by this reduction,” Waldrum said.