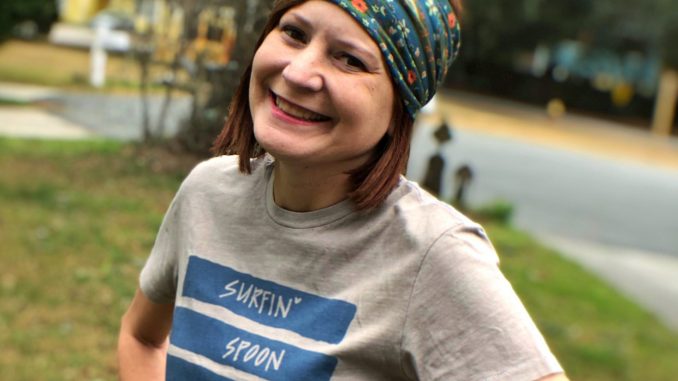 Kill Devil Hills resident Tricia Lawrenson, who has lived with cystic fibrosis since she was a baby, is now officially on the list for a rare third double-lung transplant.

The mom of two has already undergone two life-saving transplants, and had been told her second, in 2013, would be her last. But in the last few years, Duke University Hospital begun performing the rare surgery. Tricia, whose donor lungs are now in rejection, will be the hospital’s fifth third double-lung transplant recipient.

Tricia and her husband Nate Lawrenson temporarily moved to the Durham area for Tricia to undergo physical therapy in preparation for being listed. The day the couple left, leaving their two teenagers with family members, nearly 200 Outer Bankers gathered on their street with signs of encouragement to see them off.

Nate Lawrenson said the call for Tricia’s new lungs can come at any time.

Since Tricia’s last transplant, the family’s health insurance has changed and the way the United Network for Organ Sharing allocates donor lungs has been revised. There’s a lot of uncertainty about out-of-pocket costs. A medical trust fund for Tricia set up around the time of her first transplant has been godsend for the Lawrensons, allowing them to worry less about money and more about Tricia’s health.