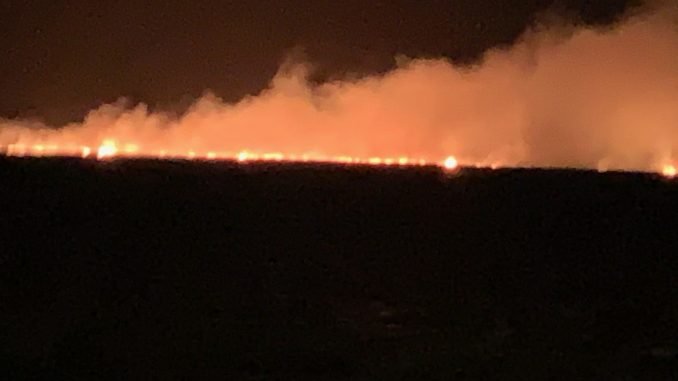 The fire is not a controlled burn, and is burning on the same island — Baum Point Island north of the Colington causeway — where an arson fire was set last March, said N.C. Forestry Service District Fire Ranger John C. Cook.

The fire. on land under the Kitty Hawk Woods coastal reserve, is under investigation and being monitored by the forest service. Personnel will go out in the morning and take action if needed to stop the smoke, Cook said.

Cook said anyone with information about tonight’s fire is asked to contact the Dare County Sheriff’s Office.

Stay with OBXToday.com for updates.