The National Weather Service this afternoon said potential is increasing for a coastal storm to impact eastern North Carolina later this week, with the possibility of the first measurable snowfall of the season.

“Uncertainty is high regarding the extent and magnitude of any potential snowfall at this time but at least light accumulations look possible late Thursday night into Friday morning,” said Morgan Simms, a forecaster at the National Weather Service office in Newport/Morehead City. 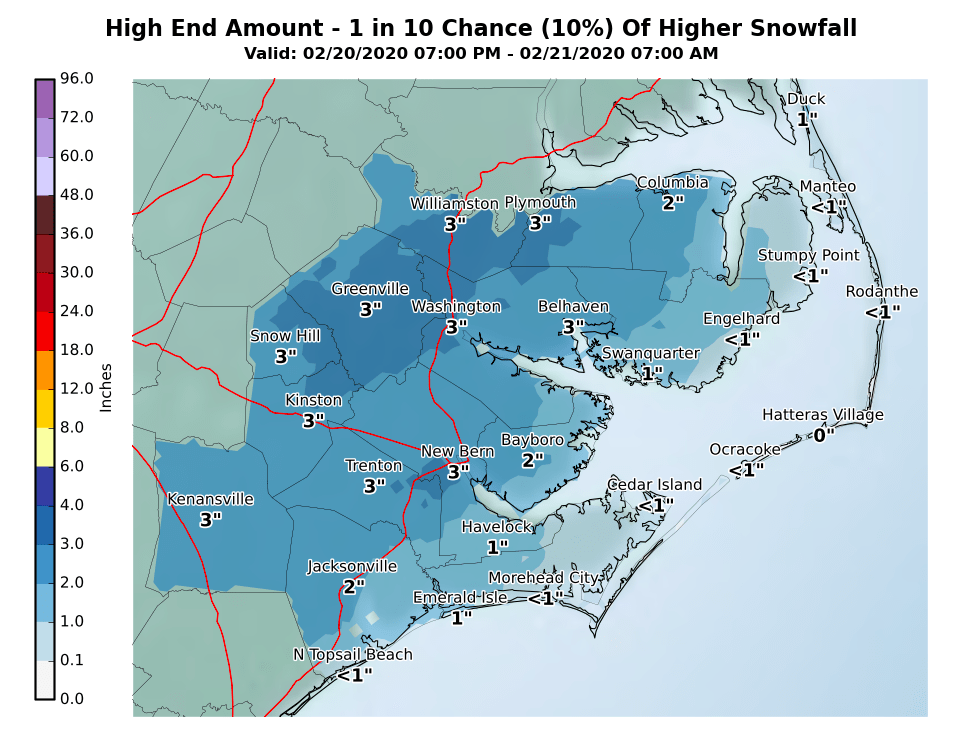 “In addition to snowfall, strong winds will lead to potential minor coastal flooding along the southern Pamlico Sound as well as high surf north of Hatteras,” Simms said.

An area of low pressure will pass to the south of the area on Thursday and Thursday night, and arctic high pressure plunges into the nation’s mid-section.

In a late afternoon update, the weather service said the Outer Banks and areas along and best of Highway 17 may see a coating to up to two inches of snow Thursday night to daybreak Friday.

Wind gusts as high as 50 mph are possible along the Outer Banks and may lead to scattered power outages and limbs down. 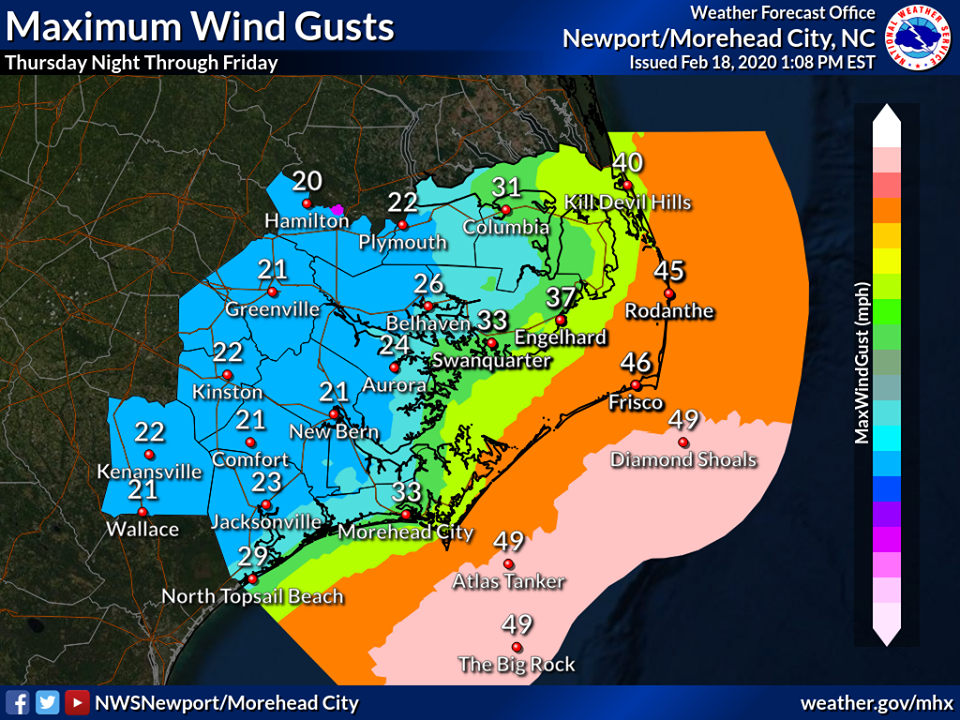