On Feb., 2, a deputy from the A-District conducted a traffic stop near Town Hall Drive on Colington Road, leading to the seizure of methamphetamine and paraphernalia. Jennifer Lynn Freeman, 33, of the 100 Block Vine Street in Georgetown, Ohio, was arrested and charged with the felony possession of methamphetamine, felony possession of a controlled substance inside a prison/jail, felony alter/steal/destroy evidence, and felony fugitive from justice warrant from Ohio. Freeman used her sister’s information when she was arrested, Doughtie said.

It was discovered the next day and Freeman was also charged with felony identity theft. Freeman was still in custody Tuesday under a $95,000 secured bond.

On Jan., 29, a deputy from the A-District conducted a traffic stop near First Flight High School in Kill Devil Hills, leading to the seizure of THC wax and oil. William Mason Webb, 28, 600 block of Rest Haven Road in Bath, was arrested and charged with felony possession of THC wax/oil, Doughtie said. Webb was released after posting a $2,500 secured bond. 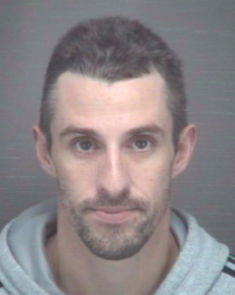 On Jan. 22, a deputy from the A-District conducted a traffic stop near Landing Trail on U.S. 158 in Kitty Hawk, leading to the seizure of approximately 1/4 pound of marijuana. Ronald Anthony Brooks III, 30, of the 100 block of Kitty Hawk Bay Drive in Kill Devil Hills, was charged with felony possession of marijuana, Doughtie said. Brooks was released on a $5,000 secured bond.