You might think shrimp or barbecue would be a favorite of North Carolinians on Super Bowl Sunday, but you’d be wrong.

According to a recent study of Google search trends across the country, our favorite Super Bowl snack is … Mexican seven-layer dip.

In fact, the dip made with refried beans and guacamole is a favorite across the nation, according the study by bid-on-equipment.com. Dip, overall, was the most popular food or snack in 20 states, but seven-layer dip reigns supreme in six states besides North Carolina, including South Carolina, Idaho, Illinois, Massachusetts, Rhode Island and Texas. Coming in at a close second is buffalo chicken dip, which was the most popular in six states, primarily in the Southwest, including Arizona, California, Nevada, Utah, Hawaii and Florida. 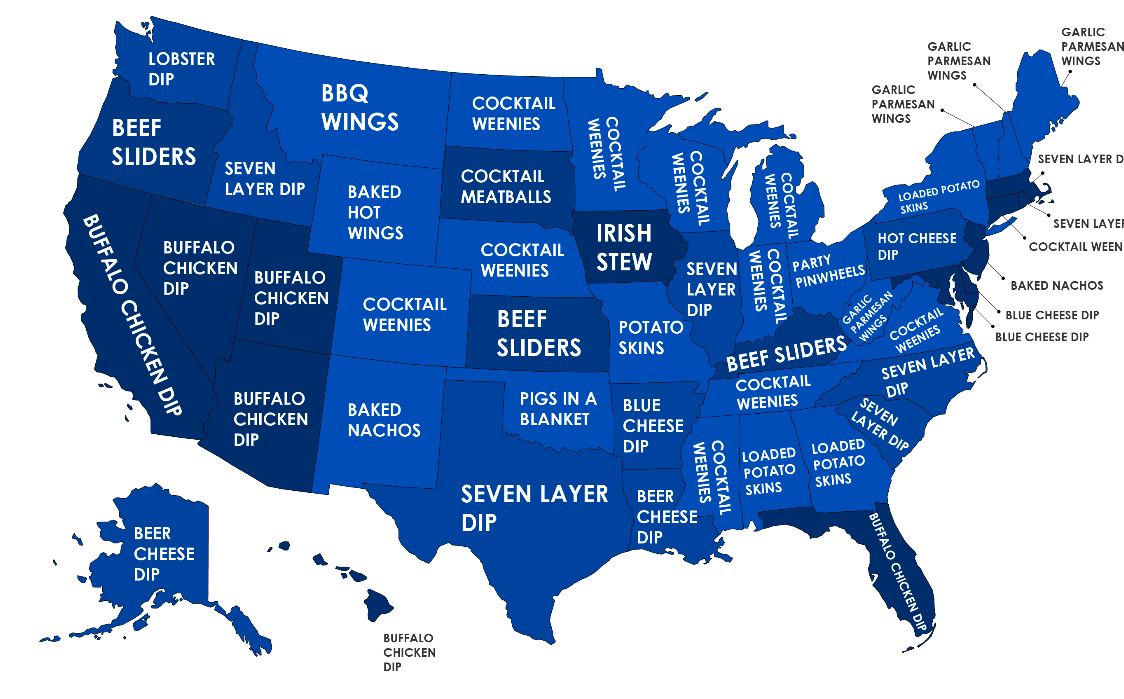 Our friends to the north in Virginia aren’t into Super Bowl dips like we are. The favored game-day food in the commonwealth is …. cocktail wieners. But before you make jokes about Virginia weenies, the tiny franks were also most popular in 10 other states, including Colorado, Connecticut, Indiana, Michigan, Minnesota, Mississippi, Nebraska, North Dakota, Tennessee and Wisconsin.

So just how much are we spending on Super Bowl munchies? The bid-on-equipment survey of 1,200 Americans found, on average, folks are spending about $69 on food, drinks, decorations or team merchandise for the game.

However, when it comes to hosting a Super Bowl party the price tag more than doubles to $174.