The Outer Banks chapter of The Surfrider Foundation is looking for new leadership, and will be hosting an information session this weekend for anyone interested in helping to run the group. 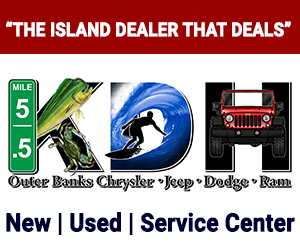 “The Last Hurrah?” begins at 6 p.m. at the Outer Banks Brewing Station in Kill Devil Hills.

“You’ve probably noticed we’ve been pretty slack lately,” according to a post on their Facebook page. “Sorry. It’s not intentional.”

“After more than a decade running the chapter and fighting for coastal causes, our leadership is just pooped,” the post continued. “Now, add the fact that both co-chairs needed to step down for differing reasons, and we’ve basically hit the point two things need to happen.”

One is to have an entirely new board to take over. The other is for the chapter goes dormant until someone steps up to revive it.

“Don’t think you’re capable? Please: none of knew what we were doing 15 years back when we literally restarted the chapter from ashes – plus, you’ll have our experience to lean on,” the chapter’s board said.

“We’re not going away, we’re just stepping back. Don’t know the issues? Bring your own! We’ve been focused on offshore drilling, but there’s lots to tackle moving forward from cigarette butts to water quality,” the board said.

They also hope that even if people aren’t interested in taking on a leadership responsibility, there are other ways to contribute to the organization.

“15 years ago, beach litter was something folks just accepted. Today, our Adopt-A-Beach Program has a waiting list and Beach Sweep and TrashFest our community fixtures,” the post noted.

“Ten years ago, we couldn’t get any municipality to say the words ‘offshore drilling.’ Today, every town is vocally opposed, and commissioners make regular trips to Raleigh and D.C. to fight for our coast,” they said.

“That doesn’t include thousands of dollars raised for local college students, miles marched in local parades and — of course — 26 paddle races. None of this was possible without an engaged community.”

A similar event was held in June, but participation was limited because of the start of the summer season.

“We’re hoping that slower months will allow for smoother transition. Again: our goal is to help a new board learn the ropes and support new efforts — not pass a baton and leave them hanging.”