Over 4,000 miles and seven years separated the flights of Otto Lilienthal and the Wright brothers. 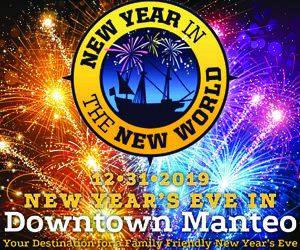 Although the Orville and Wilbur Wright were strongly influenced by Lilienthal’s designs, the men and their aircraft have never been in the same place – until now.

Markus Raffel, Department Head of Helicopters for the Institute of Aerodynamics and Flow Technology at the German Aerospace Center (DLR) in Göttingen, journeyed across the Atlantic Ocean with his replica of Lilienthal’s 1895 biplane glider to Jockey’s Ridge State Park in Nags Head, just 4 miles south of the Wright Brothers National Memorial.

There it came face-to-face with the 1902 Wright Glider replica owned by Kitty Hawk Kites. On December 14th, Raffel gave a presentation on Lilienthal’s designs and research into manned flight as well as the construction of the replica with historically accurate materials.

Paul Glenshaw, former director of the Discovery of Flight Foundation and writer for the Air and Space Smithsonian Magazine, also gave a presentation on the 1902 Wright Glider’s history, the Wright brothers’ research, and the replica’s construction and numerous flights at Jockey’s Ridge.

Following the presentations, both gliders were brought onto the dunes to take to the sky. Hang gliding pilot and stuntman, Andy Beem of Windsports in L.A. piloted the Lilienthal glider alongside Kitty Hawk Kites hang gliding instructor, Billy Vaughn in the Wright glider.

The gliders made 6 concurrent flights on Saturday afternoon until the wind died down.

Sunday, December 15, did not have ideal wind conditions in the forecast but around 10:00 AM the wind picked up and the gliders were carried back to the dunes for another round of flights. With stronger winds the crews decided to fly the gliders separately and make history yet again.

Hang gliding pilot, Gisele Dierks from Morningside Flight Park in Charleston, NH was given the reins on the Lilienthal glider and became the first woman known to fly one of Lilienthal’s aircraft.