Theatre of Dare’s recent benefit performance of Nightfall with Edgar Allan Poe raised $1,200 for the Outer Banks Community Foundation’s Disaster Relief Fund and will go directly to Ocracoke Island as it recovers from Hurricane Dorian.

The sold-out Oct. 24 show raised $1,050 in ticket sales and 50/50 raffle proceeds. The Lost Colony, which hosted the production, contributed the $150 it raised from concession sales.

“It’s something we all knew was the right thing to do,” said Theatre of Dare president Tim Hass, noting that the production’s first rehearsal in September was postponed due to Dare County’s hurricane evacuation order.

“Once we saw images of the incredible devastation that took place on Ocracoke, all of us…the production team, the Board of Directors, the cast and crew…we all jumped at the chance to play even a small role in helping recovery efforts,” Hass said. “We’re just thrilled that our audiences responded so generously.” 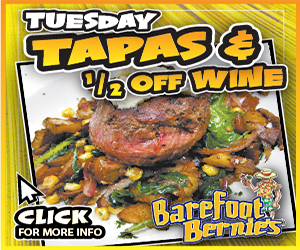