A storm expected to cross the Florida Gulf Coast and impact the Outer Banks this weekend became Tropical Storm Nestor on Friday with maximum sustained winds of 60 mph.

The National Weather Service says impacts along the Outer Banks will include:

Winds: Gusty winds are possible across the area, with the strongest winds of 30-40+ mph mainly confined to coastal areas. Isolated power outages are possible. Gale watches are in effect over the waters on from midnight to 2 p.m. Sunday. Isolated tornadoes are also possible. 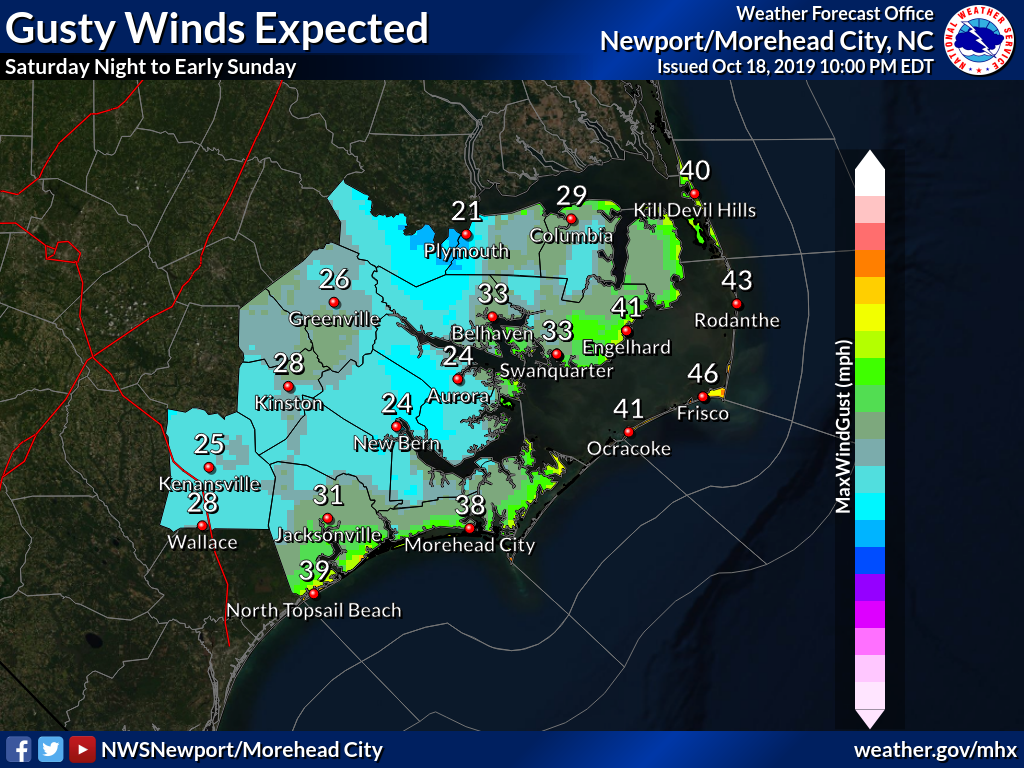 Coastal flooding: Minor coastal flooding is possible across coastal North Carolina along both the sounds and oceanfront. Locations with dune structures already weakened by Dorian and last week’s Nor’easter will be particularly vulnerable.

Dangerous surf: Seas as large as 10-12 ft. Sunday will bring very dangerous maritime and surf zone conditions. The elevated threat for rip currents will continue into the early part of next week.