What started as the “half-baked business plan” of a college student who spent more time surfing than studying is now going national. 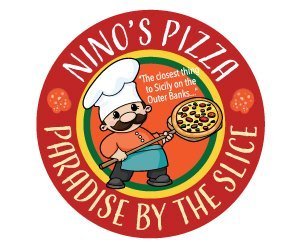 The Outer Banks Boil Company, brainchild of Matt Khouri, now has locations in Corolla and Kitty Hawk, as well as the Cape Fear Boil Company in Carolina Beach and a new location catering to Ocean City, Maryland and the Delaware beaches. And starting this year, the company began offering franchise opportunities, too.

Khouri’s last-minute senior project idea — was simple: recreate the beach tradition of steaming up shrimp, potatoes, corn and sausage, with family and friends gathering around a table drinking beer, peeling shrimp and just being together.

Khouri, originally from Eldersburg, Maryland, finished up his studies at the University of North Carolina-Wilmington in 2012, and moved to Corolla with a new puppy named Jackson and loose plan to offer the “best pot on the beach.”

Working “every job you can imagine” to pay the bills, he offered his seafood boils from his apartment kitchen, and the kitchens of friends, at vacation homes in the evenings. He’d bring the boil to the homes and steam it up there, offering local knowledge and some fun along with the food.

The first year, Khouri said he did about 10 boils, the next year 30, the year after 60 and by the fourth year, more than 100 events. Last year, Outer Banks Boil Company did about 600 caterings in Corolla, turning down about 200 requests south of Duck.

That, along with requests from smaller groups for to-go bucket options, led to the grand opening of the company’s Kitty Hawk storefront at the Dune Shops at mile post 4.5 this spring.

“I’ve been doing this now for the eight summer, I’ve watched kids grow up,” Khouri said. “Our big thing is, we’re creating more than just a meal but a memory that will last forever.”

This past winter, the company began exploring nationwide franchise after folks have reached out “interested in taking our concept and putting it their area,” Khouri said.

The company has partnered with SMB Franchise Advisors and plan to move into the franchising world with hopes of implementing the brand and model nationwide.

And by the way, Khouri got a “C” on that senior project.